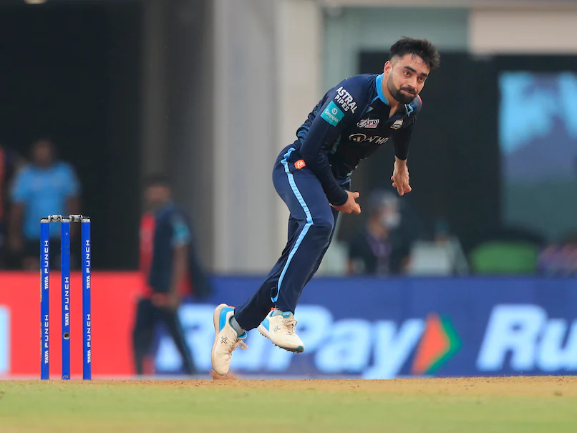 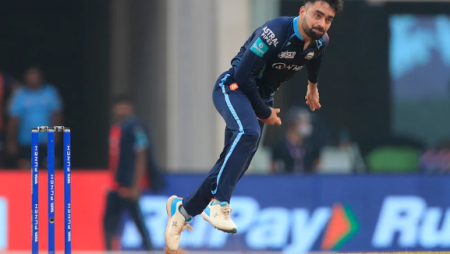 Rashid Khan has had an average IPL season in terms of wickets. But the Gujarat Titans spinner is unconcerned about statistics as long as he can produce economical spells for his team. Rashid has taken 11 wickets in as many games at an economy rate of 6.84, figures that will not please him.

But Afghanistan’s star cricketer has taken it in stride.

“It’s always great to take wickets in T20s, but for me, it’s a bit different because I always focus on economy and that is something that puts pressure on the batters,” Rashid said after GT’s five-run loss to Mumbai Indians on Friday.

“However, compared to previous IPL seasons, this year’s IPL had fewer wickets. I didn’t bowl as well as I should have in a couple of games. But that’s T20. There’s so much to learn.” Rashid had a good game against MI, going 2 for 24 and catching three balls.

But it was not to be GT’s day, as despite needing nine runs in the final over, they were unable to complete the chase.

Hardik and (Rahul) Tewatia’s run outs were the game changers.

That is the beauty of T20; you can score 9 off 2 balls and then fail to score 9 off 6 balls “Rashid stated.

“There’s a lot to learn, and we don’t want to repeat the mistakes we made in the last few games.” MI pacer Daniel Sams, who defended nine runs in the final over, stated that he was simply trying to bowl his best balls.

“I was looking to bowl my best balls in the final overs, change the length a little bit, keep the ball away, bowl nice and slow, and get a little bit of dip.”

“It was a good time for me to reflect on my performances, what I do really well, and execute those on the ground,” said Sams, who finished his three overs with figures of 0/18.