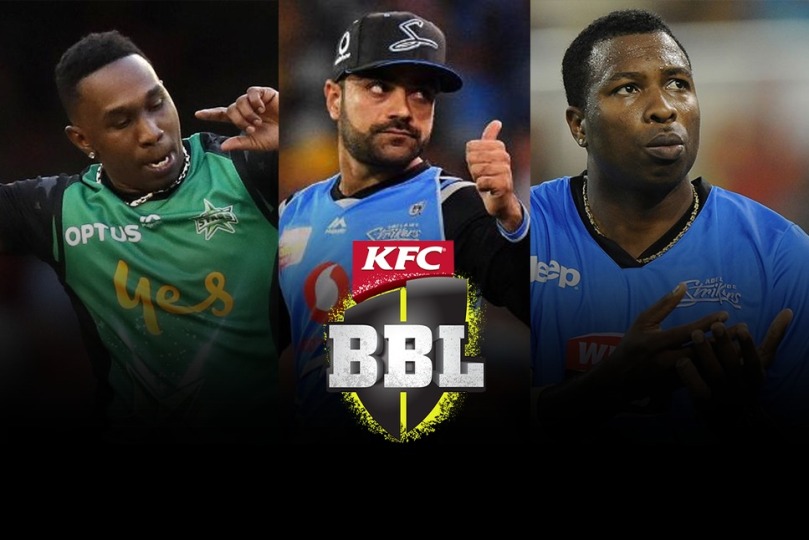 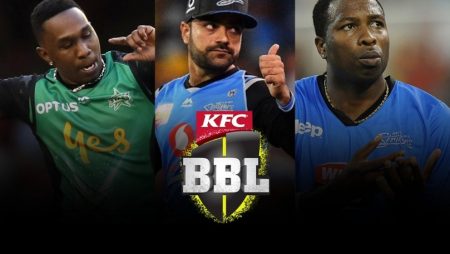 Rashid Khan, along with two West Indies veterans, Kieron Pollard and Dwayne Bravo. Expect to play in the upcoming Big Bash League in 2022. (BBL). The trio has played over 1,000 T20 matches (combined) and is the reigning T20 champion.

According to cricket.com.au, Rashid is expected to return to the Adelaide Strikers. Head coach Jason Gillespie indicating that the club will do everything possible to keep the Afghanistan leg-spinner, who has play 61 matches for the club.

Kieron Pollard and Dwayne Bravo are available for signing by any BBL franchise: Reports

“Kieron Pollard and Dwayne Bravo, whose most recent BBL appearances were in 2017-18 and 2018-19. Respectively, are available for selection by any club and are not eligible to be snag on a retention pick. ” “Both Trinidadians have just return from a stint in England’s T20 Blast. Where Pollard helped Surrey reach the quarter-finals and Bravo took nine wickets for the Worcestershire Rapids,” according to reports.

The 12th edition of the BBL will begin on December 13, 2022. Moreover, The final match scheduled for February 4, 2023. Before the knockout rounds, up to 56 group stage matches will be played. Unlike previous seasons that were impacted by the Covid pandemic. Matches in the upcoming edition will be played on multiple grounds across the country, providing fans with some entertainment.

The first match of the 2022 BBL will be played on December 13 at the Manuka Oval between Sydney Thunder and Melbourne Stars. On January 25, both teams will also play their final group stage match of the season at the iconic Melbourne Cricket Ground (MCG).

“Given the disruption of the last two years. We’ve been clear since the end of last season that rebounding strongly this season is critical for us. ” “This season is one of, if not the, most important seasons we’ve had in recent years. ” Big Bash League general manager Alistair Dobson stated.