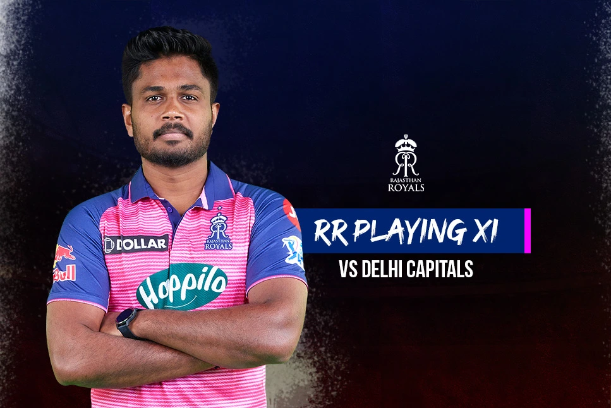 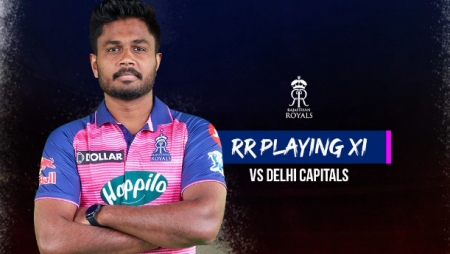 RR Predicted XI vs. DC in IPL 2022: Will Yashasvi Jaiswal Remain in Sanju Samson’s Playing XI? On Wednesday, the Rajasthan Royals will face the Delhi Capitals at the Dr. DY Patil Sports Academy in Navi Mumbai.

On Wednesday, RR will face DC in Match 58 of the ongoing Indian Premier League (IPL) 2022 season at the Dr DY Patil Sports Academy in Navi Mumbai. RR currently sits third in the IPL 2022 Points Table, with 14 points from 11 games, including seven wins and four losses. Sanju Samson’s team won their previous match against Punjab Kings (PBKS) by six wickets. Jos Buttler, who currently leads the Orange Cap Race with 618 runs in 11 games, including three tons and three half-centuries, will be the center of attention. Meanwhile, Yuzvendra Chahal is the Purple Cap Race leader with 22 wickets in 11 games (with a four-wicket and five-wicket haul). The RR spinner will be crucial to Samson’s strategy against Delhi.

Also Visit: ‘I’ll be back in no time,’ Suryakumar Yadav says after being ruled out of the IPL 2022.

Here’s how RR could lineup vs DC:

The young opener was in fine form during RR’s six-wicket victory over PBKS, scoring 68 runs off 41 balls (nine fours and two sixes).

Jos Buttler has been his team’s standout performer this season and is expected to continue that trend in the upcoming game.

With 321 runs in 11 games this season, the RR captain is his team’s second-highest run-scorer (including two fifties). This season, his captaincy has been praised, and Rajasthan is currently third in the standings.

Devdutt Padikkal has had a few good starts this season, but he hasn’t been able to convert them into big scores. He will strive for greater consistency with the bat.

With Shimron Hetmyer out for the birth of his child, the New Zealand all-rounder could get a chance as a finisher.

This season, the youngster has been highly inconsistent for RR, but he recently scored a half-century against Royal Challengers Bangalore (RCB). He will try to give RR more depth in the middle order.

For RR, Ravichandran Ashwin has been consistent with the ball. This season, the veteran has taken nine wickets in 11 games and can also bat.

For RR, Ravichandran Ashwin has been consistent with the ball. This season, the veteran has taken nine wickets in 11 games and can also bat.

Prasidh Krishna was responsible for the crucial dismissal of Liam Livingstone in the win over PBKS, but he also gave up 48 runs in four overs.

The Purple Cap captain was on fire against Punjab, taking three wickets in four overs.

Kuldeep Sen will be looking to regain form after failing to take a single wicket against PBKS. He also gave up 48 runs in four overs.