Rain cancels the fifth T20I between India and South Africa in Bengaluru, leaving the series tied at 2-2. 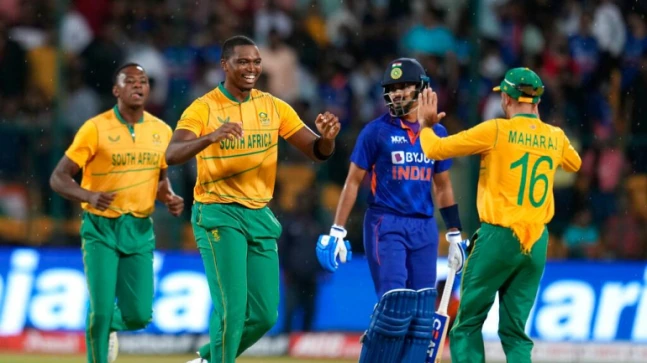 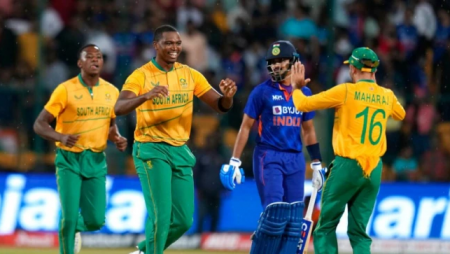 Rain cancels the fifth T20I between India and South Africa in Bengaluru, leaving the series tied at 2-2. After the fifth T20I was cancel due to rain, Bhuveneshwar Kumar was named series MVP.

On Sunday (19th June), M. Chinnaswamy hosted India and South Africa in the fifth and final match. The intriguing five-match T20I series in front of an expectant full-house crowd. Unfortunately, the rain gods had the final say in the series. As the game wash out due to a heavy downpour in Bengaluru.

The game was called off briefly before the start of the Indian batting inning. Because Rishabh Pant frustrated after losing five consecutive tosses and invited to bat first once more. Due to the halt in play, the game reduce to 19 overs per side. However, rain again interrupted the game after the previous infringement. But this time it more than just a passing shower and ultimately decide the outcome of the series, which ended level at 2-2.

India entered the series finale with momentum, having recorded back-to-back comprehensive victories over the Proteas. South Africa’s batters, who had been brilliant in the first two T20Is of the series. Failed miserably in the last two. The visiting team’s woes were exacerbate when their influential captain Temba Bavuma suffer an elbow injury in the fourth T20I and ruled out of the series decider.

South Africa has an impressive record of not losing a single limited-overs series in India since 2011. A record that seriously jeopardize following their defeats in the third and fourth T20Is against a resurgent Indian side. Despite ending India’s record 12-match winning streak and handing them consecutive defeats, the Proteas will leave the subcontinent on a low note.

Meanwhile, Rahul Dravid will be concern about the poor form of top-order batters such as Shreyas Iyer and Ruturaj Gaikwad, as much more expect of the two talented batsmen. The most encouraging aspect of this series will be the team’s ability to recover from disappointing defeats, particularly the bowlers who repaid the faith shown in them after a couple of underwhelming games.