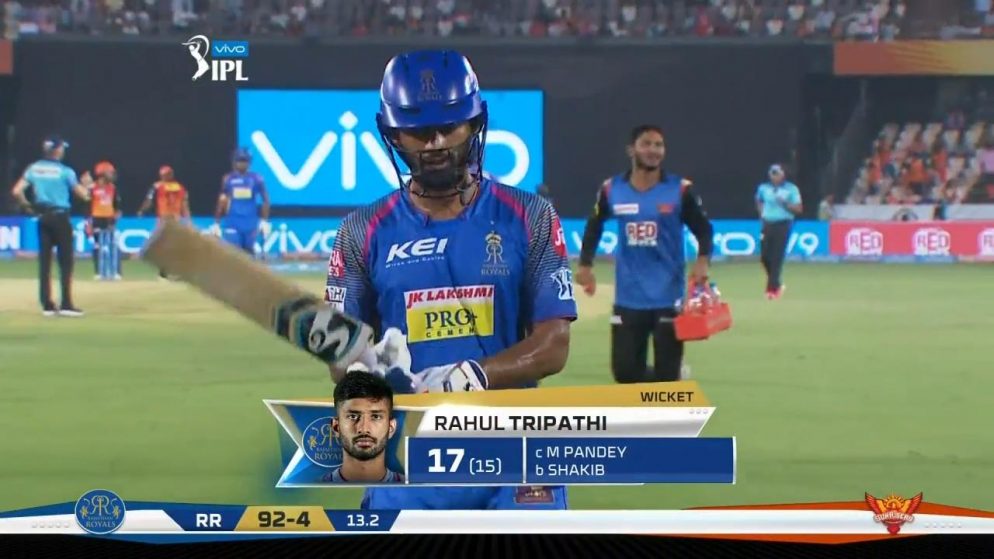 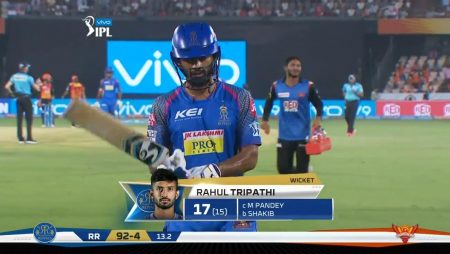 Rahul Tripathi says “I knew we are just one hit away” in IPL 2021. Tripathi’s six off Ravichandran Ashwin’s penultimate ball guaranteed. Kolkata Knight Riders were within the final of the IPL 2021. Tripathi player believed in himself and knew he was only one hit away from eminence. Kolkata had to chase 136 against the Delhi Capitals in the IPL Qualifier 2 in Sharjah. They had an opening stand of 96 runs but lost six wickets for seven runs in 22 balls. Also, to help their opponents return in the game. Rahul Tripathi was six off 10 balls. Meanwhile, Ashwin had given only a run off his four-over and picked up two wickets.

“The win for the team was very important. There were one or two tough overs, but I never thought it would go so deep in the end. I am glad we won the game,” Rahul Tripathi said.

“The 18th over was a great one from Rabada. I knew that we had to connect with just one off the spinner, and I am glad it came off,” Tripathi said.

“That was the plan (farming the strike for the final two deliveries?), but if we could find a small gap for a possible two, we were going to run. I was going to come back for the second, but we were running only if there were two. It was difficult upon going in straightaway – the ball was keeping low and was difficult to put away. I kept believing in myself that we are just one hit away,” Tripathi added.

Lastly, Rahul Tripathi outline KKR’s incredible journey in the IPL 2021. He stated that Eoin Morgan and Brendon McCullum gave the team a positive approach. Also, helped the side come back stronger in the second phase in the UAE.

Read more: Sanjay Manjrekar says “I would never have somebody like Ravichandran Ashwin in my team” in IPL 2021

Visit also: Mohammad Kaif has said that the team will be looking to rise up from the back to back defeats: IPL 2021