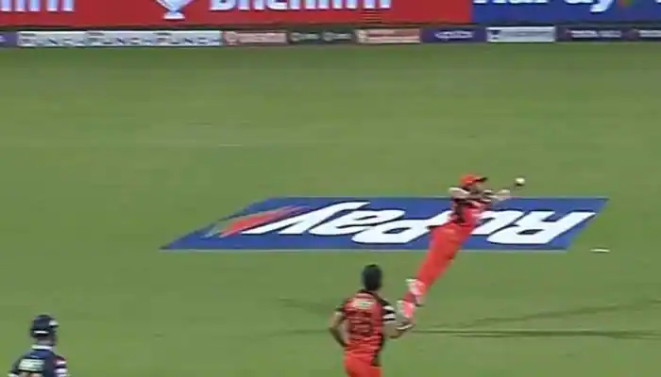 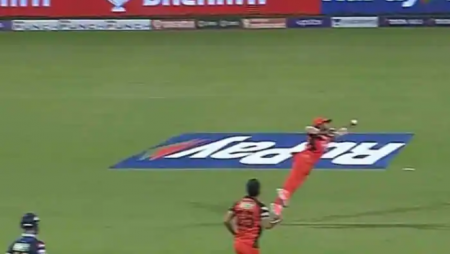 In Match 21 of the ongoing Indian Premier League (IPL) 2022 season, Rahul Tripathi took a stunning catch to assist SunRisers Hyderabad (SRH) pacer Bhuvneshwar Kumar in dismissing Gujarat Titans (GT) batter Shubman Gill. Gill managed only seven runs off nine balls before being bowled in the third over. Receiving a length delivery around off, Gill hammered it with a lot of power to the left of Tripathi at covers, and it looked set for a boundary. Tripathi, on the other hand, had other plans and swooped in for a one-handed stunner.

Here’s a look at Rahul Tripathi’s spectacular one-handed catch to get rid of Gill:

In the meantime, Bhuvneshwar Kumar and T Natarajan each took a wicket against GT.

Kane Williamson’s fine half-century, on the other hand, propelled SRH to an eight-wicket victory.

Moreover, Tripathi was release by KKR after the IPL 2021 season and joined SRH in the mega auction ahead of this season. The Hyderabad franchise paid Rs 8.50 crore for him.

With two wins and two losses, SRH is currently rank eighth in the IPL 2022 Points Table. The Kane Williamson-led side has four points from three games.

Also Read: IPL 2022: The Rajasthan Royals Kumar Sangakkara Admits He “Made One Mistake” During LSG Victory