Rahul Dravid on Taking a Different Path to Success 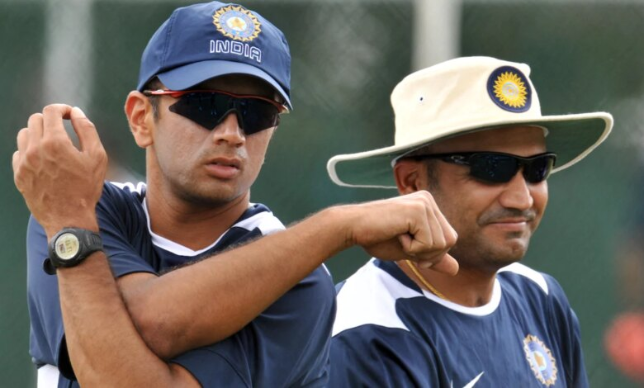 Rahul Dravid on Taking a Different Path to Success. Dravid made his Test and ODI debuts in 1996, scoring 13288 and 10889 runs in the two formats, respectively.

Rahul Dravid, the current Indian cricket team’s head coach, was a talented batter during his playing days. The former India captain made his Test and One-Day International debuts in 1996. Scoring 13288 and 10889 runs in the two formats, respectively. He had also been put under pressure and faced difficult situations as a result of rough patches in his career. But he almost always recovered brilliantly to become one of the greatest batters in world cricket history.

Rahul Dravid revealed Different Path to Success: How switching off from the game helped him mentally

In a recent podcast, ‘In the Zone,’ with India’s first individual Olympic gold medalist Abhinav Bindra.

“Looking back on my career, that…managing my energy, more of my mental energy was the real game-changer in terms of longevity and performance. Even when I wasn’t playing, I used to expend a lot of energy thinking about my game, reflecting on it, and worrying about it. Over time, I realized that wasn’t necessarily hurting my sport or making me a better player. I needed to recharge my batteries and almost find a life outside of cricket “In the podcast, Dravid stated.

“I was still always never going to be like Viru, like Virender Sehwag. Who found it much easier to switch off because of his personality outside of the game. I was never going to get to that level. But certainly I started recognising the red flags. I knew I needed to find a way to switch it off but it was the mental side of the thing that you need to help yourself. It came down to you recognising that this was as important to you as those extra hours in the gym and practice sessions. If you did all of that but were unable to switch off mentally, you are not gonna have enough energy to play the game. Once I start recognising that three or four years in my career, I started to make an effort to switch off a lot more and it helped me a lot.”