“…Pressure Was Evident On His Face,” says Harbhajan Singh of Virat Kohli. 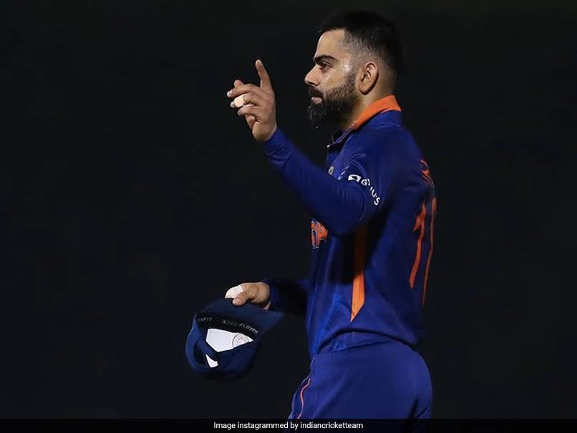 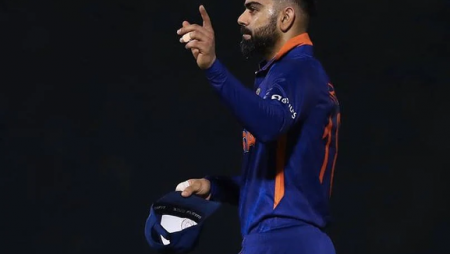 “…Pressure Was Evident On His Face,” says Harbhajan Singh of Virat Kohli. Virat will play his 100th T20I match, making him the first player in history to play a hundred matches for India across all formats of the game.

Team India is preparing for the high-octane Asia Cup match against Pakistan on Sunday. Because of the rivalry between the two teams, this match will draw a lot of attention from cricket fans, as it always does. Aside from that, the return of India’s star batter Virat Kohli, who will play his 100th T20I match and become the first player in history to play a hundred matches for India in all formats of the game, will be a highlight of the match. Virat’s form has been a major source of concern this year, as he is going through a dry spell. Former India spinner Harbhajan Singh, on the other hand, believes Virat “will rise again.”

“Leading the team is a big deal for a player. Virat Kohli has scored many runs, but the pressure has been visible on his face in recent years. He hasn’t scored a century, and the captaincy stripped from him, so the pressure is a little off. Also appears to be at ease; he met me and simply wanted to see his team through “Harbhajan appears in a video posted to Sports Tak’s YouTube channel.

“He follows the same routine, going to the gym for 1-2 hours before practice. If you look at any major player, you’ll notice that they’ve all had rough patches in their careers. I have no doubt that Virat Kohli will return to form “He continued.

Former Pakistan captain Shahid Afridi praised Virat and stated that he must overcome his difficulties on his own.

“I’ve always admired Virat Kohli because he’s always played attacking cricket. He has always played positive cricket, and expectations were high of him, so when a bad patch hits, you have to pull yourself out of it “Afridi stated.

“So, whatever your strength is, don’t be afraid to use it. If you leave it, your bad patch will last longer. Virat, as a big name, must overcome this adversity on his own “He continued.