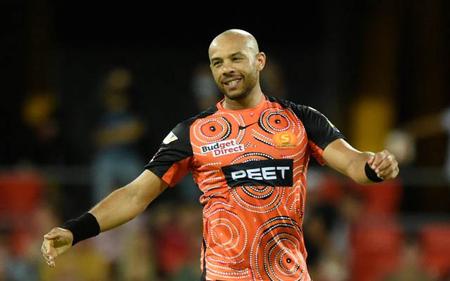 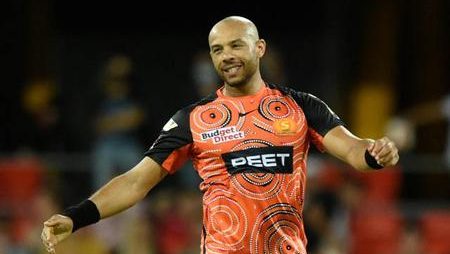 Perth Scorchers suffer another blow in BBL 2022–23 when Tymal Mills withdraws due to a family emergency. Perth Scorchers, the defending champions, play the Sydney Sixers to start their season.

Just a few days before playing Sydney Sixers in the BBL season opener. The defending champion Perth Scorchers experienced a significant setback. Their standout pacer, Tymal Mills, has pulled out of the competition. Due to a family matter and won’t be participating in any of the team’s games. Perth Scorchers are now looking for a substitute player.

Opening hitter Philip Salt missed the competition earlier this month due to a shoulder issue. When Laurie Evans, the show’s star in the finals the season before. It tested positive to a drug test, the Scorchers suffered yet another blow. He was forced to split ways with the franchise as a result. The Scorchers have benefited nothing from Tymal Mills’ departure.

“The club fully supports Mills’ decision and sends its thoughts and best wishes to his family during this time. Perth is exploring its options to recruit an international replacement player,”

Read also: Marnus Labuschagne – “Becoming a dad has probably helped me switch off a little bit from the game”

However, just the first two rounds of the competition will include the two participants. Another recent addition to Perth’s lineup is English wicketkeeper-batter Stephen Eskinazi. After Mills’ departure and Lance Morris’ selection to the Australian Test team, only Jason Behrendorff, Matt Kelly, and Scorchers all-time top wicket-taker Andrew Tye remain as options for pace.

Jhye Richardson’s recovery from a toe injury is also going nicely. He bowled ferociously on Monday, which is encouraging for the squad ahead of Saturday’s game against the Sydney Sixers, who finished runners-up the previous season. It will be challenging for the Scorchers to retain their championship in the current 12th season given the squad’s numerous injury issues.

Read also: ‘Is there a hitting coach?’ – Shahid Afridi was taken aback by Mohammad Yousuf’s statement about Mohammad Rizwan’s form, which he described as “not my territory.”