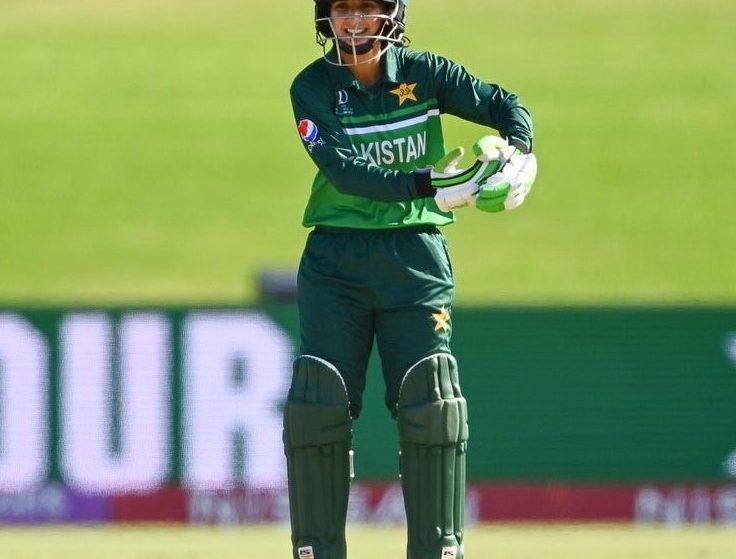 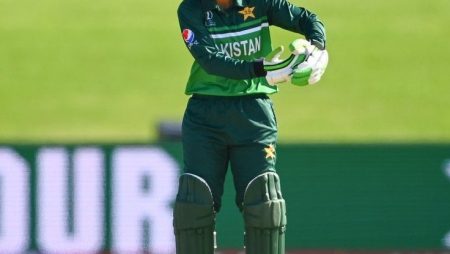 Pakistan Captain Bismah Maroof’s Cradle Gesture for Daughter After Reaching 50 Wins Applause. Women’s World Cup 2022, Australia vs. Pakistan: Bismah Maroof and her young daughter stole the show once again during Pakistan’s match against Australia on Tuesday at the Bay Oval in Mount Maunganui.

Since their meeting with the India women’s team stars following their World Cup match on March 6, Pakistan skipper Bismah Maroof and her daughter have been the center of attention. Bismah’s new-born daughter Fatima was the center of attention once more, as her mother dedicate her first half-century post-“motherhood” to her with an adorable gesture on the field. Maroof gestured towards the pavilion after reaching her 50. Her hands forming a small cradle. The audience and the players all stood up and also applauded the gesture, which was Moreover made on International Women’s Day.

Also Visit: Australia’s victory over India in the 2020 Women’s T20 World Cup has been immortalized and will be displayed at the MCG.

“Bismah Maroof dedicating her first post motherhood half century to her daughter is the most beautiful thing you’d see today!! – more power and respect to all the women out there! #WomensDay.”

Maroof also shared on Twitter her inspiration story and wrote:

“It would have been great to have a win on #WomensDay but I want to tell all the women, especially little girls around the globe today: you are powerful, amazing & can pursue any dreams, no matter what. P.S thanks for all the love & prayers for me & my Fatima.”

Despite Maroof’s unbeaten 78-run knock, Australia won by seven wickets to defeat Pakistan for the second time in a row.

Pakistan batted first and were restricted to 190/6 in 50 overs, with Maroof scoring the most runs.

In response, Australia cruised to a comfortable victory thanks to Alyssa Healy’s brilliant knock of 72 runs in 34.4 overs.

Also Read: Pakistan captain Babar Azam is on the Rawalpindi pitch for the first Test against Australia.