Pakistan captain Babar Azam is on the Rawalpindi pitch for the first Test against Australia. 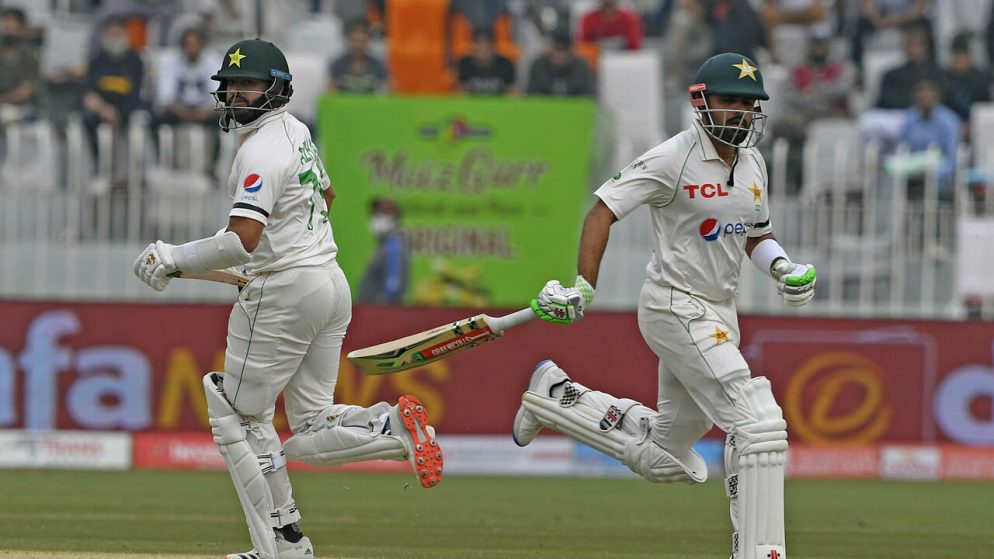 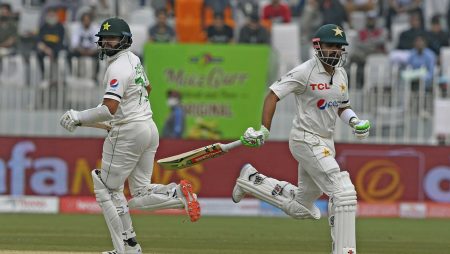 Pakistan captain Babar Azam is on the Rawalpindi pitch for the first Test against Australia. PAK openers Imam-ul-Haq and Abdullah Shafique hit unbeaten centuries.  Score 252 without losing a wicket on the fifth and final day of the Test match, at Pindi Cricket Stadium.

PAK skipper Babar Azam praised batter Imam-ul-Haq for his performance in the first Test against AUS. Which began on Tuesday in Rawalpindi. PAK openers Imam-ul-Haq and Abdullah Shafique scored unbeaten centuries as Pakistan scored 252 without losing a wicket on the fifth and final day of the first Test match being play here at the Pindi Cricket Stadium.

Also Visit: Ravichandran Ashwin: Bowl at a medium pace in order to become the next “Kapil Paaji.”

“The way he seized his opportunity and the maturity he displayed [on Imam] were commendable. There are so many positives. Even I would like to congratulate my bowlers because this was a difficult wicket. The way Nauman bowled was a huge plus for us. Several of our key bowlers were also unavailable for this game, but they should be available for the next one ” Babar Azam said after the play ended on Day 5.

Australia resumed the fifth and final day at 449/7, adding only 10 runs to their overnight score and losing three wickets as left-arm orthodox spinner Nauman Ali took two wickets on the day, bringing his tally in the innings to six. In their first innings, Australia scored 459/10, trailing the hosts by 17 runs.

The first Test ended in a tie, giving both teams four points in the ICC World Test Championship table.