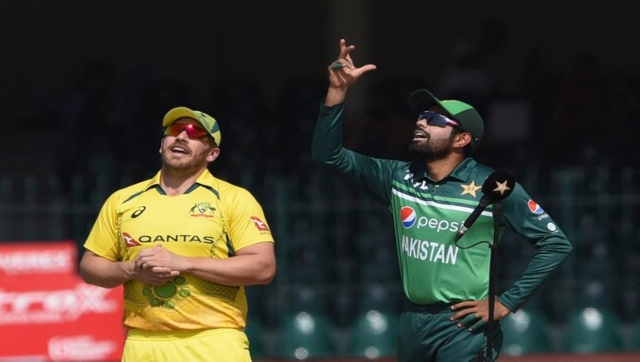 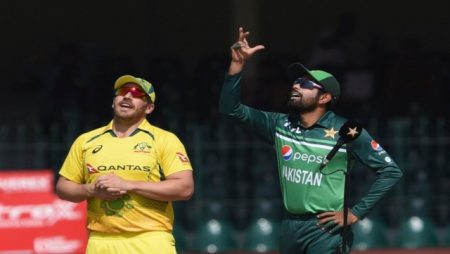 Australia beat Pakistan by three wickets in the only T20 International (T20I) in Lahore on Tuesday. With skipper Aaron Finch returning to form with a half-century and pace bowler Nathan Ellis taking four wickets. After Ellis took 4-28 to keep Pakistan to 162-8 in their allotted 20 overs. Finch scored a 45-ball 55 to anchor Australia’s chase of a 163-run target. Despite skipper Babar Azam’s brisk 46-ball 66 with six fours and two sixes, Pakistan fell short of a big total.

Finch, who had not scored a half-century in the previous 13 T20Is, not only dispelled any doubts about his batting but also helped Australia reach the target in 19.1 overs for the loss of seven wickets.

When Finch holed out, Australia only needed four runs, and despite Sean Abbott falling for nought in the same Shaheen Shah Afridi over. Ben McDermott hit the winning boundary in his 19-ball 22 not out to give Australia its fourth consecutive T20I victory over Pakistan.

Pakistan did make a comeback, with leg-spinner Usman Qadir (2-33) and pacer Mohammad Wasim (2-30) bringing the hosts back into the game.

Marcus Stoinis (nine-ball 23 with five boundaries) and McDermott. On the other hand, ensured they supplemented their skipper to complete the chase.

“I thought our bowlers attacked that game fantastically,” Finch said. “Nathan Ellis had a difficult start but showed great character, and we took wickets early on.”

Pakistan captain Azam bemoaned the loss of wickets after a promising start.

“We had a very good start, but then we lost a couple of wickets, which took away the momentum. Azam explained. “We lost momentum and ended up being 20-30 runs short.”

Pakistan got off to a fast start.

Azam, who hit back-to-back hundreds in Pakistan’s 2-1 one-day international series win, put on 67 for the first wicket with Mohammad Rizwan (23) after Australia put the home team in to bat at Gaddafi Stadium.

Green, however, dismissed Rizwan with the fourth ball of his first over and Fakhar Zaman with the next full toss to bring Australia back into the game.

Azam hit Green for a four to complete his 26th T20I fifty in just 33 balls. He hit spinner Adam Zampa for a six, but the next ball was dropped at deep cover.

As Pakistan managed 50 runs in the last five overs while losing five wickets, Khushdil Shah contributed a 21-ball 24 and Usman Qadir a six-ball 18 not out.

Also Read: “I’m Making a Conscious Effort to Tell Myself That I’m Not Done Yet.” Dinesh Karthik