P Chidambaram’s Request to the BCCI Regarding Umran Malik 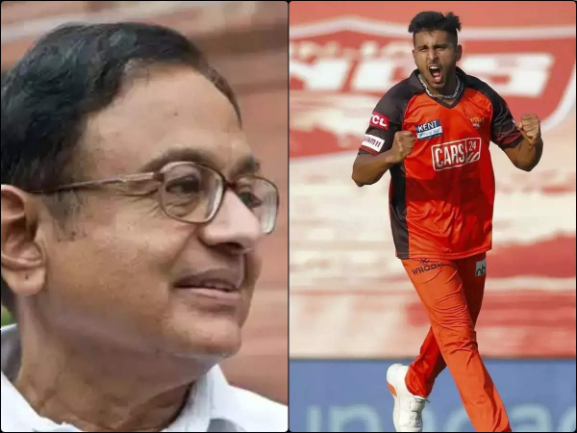 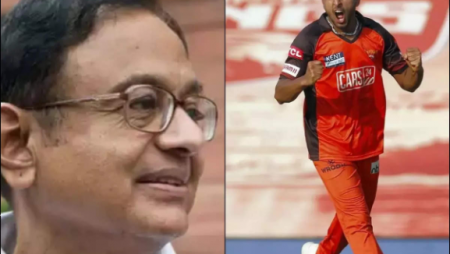 Umran Malik put on a stunning solo display against Gujarat Titans on Wednesday, picking up all five wickets SunRisers Hyderabad got in the match, but it wasn’t enough to prevent Hardik Pandya’s team from registering yet another dramatic win to maintain their lead at the top of the table. It was Malik’s first five-wicket haul in the Indian Premier League. His performance fuel calls for him to be fast-tracked into the national team, especially with a T20 World Cup in Australia coming up later this year.

P Chidambaram, a senior Congress leader and former Finance Minister, was among those taken in by Malik’s raw pace.

“The Umran Malik hurricane is destroying everything in its path. The sheer speed and aggression is breathtaking. After today’s performance, there is no doubt that he is this season’s IPL find “He tweet about it.

Also Read: “MS Dhoni’s finishing skills are praised by an ex-KKR player, For Him, no target is too big”

“The BCCI should give him an exclusive coach and induct him into the national team as soon as possible,” he added.

When Malik’s four-wicket haul helped SRH defeat Punjab Kings earlier this season, another Congress leader, Shashi Tharoor, called for him to be included in the Indian squad.

Umran Malik has 15 wickets this season and is only one wicket behind Yuzvendra Chahal in the race for the Purple Cap, which is awarded to the season’s highest wicket-taker.