On this day 39 years ago, the Indian cricket team led by Kapil Dev won the 1983 World Cup. 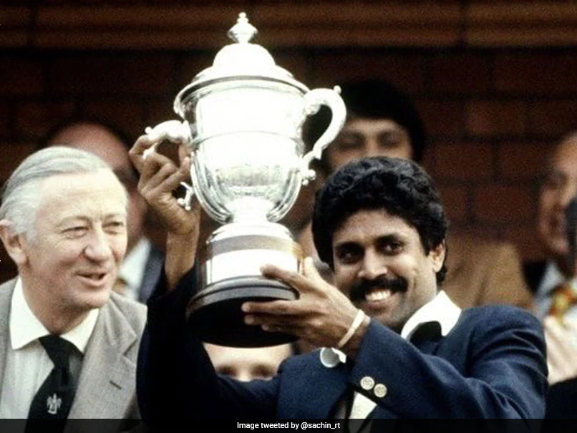 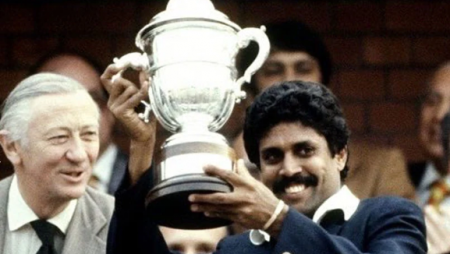 On this day 39 years ago, the Indian cricket team led by Kapil Dev won the 1983 World Cup. The Kapil Dev-led Team India defeated the West Indies in the World Cup finals in 1983 to win their first 50-over title.

On this day 39 years ago, Kapil Dev led Team India to their first World Cup victory. Few people predicted that India would win the tournament before it began, but Kapil Dev and his team surprised everyone by going all the way. What made the victory even sweeter, India’s dominance over the West Indies in the final match at Lord’s Cricket Ground. India defended a below-par total in the final, thanks to a spirited performance from the bowling lineup.

No one will ever forget the image of Kapil and his team holding the World Cup trophy on the Lord’s Balcony.

India batted first and were bowled out for 183, with Kris Srikanth top-scoring with 38. Sandeep Patil contributed 27 runs, but no other batter was able to stay at the plate for an extended period of time. Sunil Gavaskar (2) and Kapil Dev (15) both failed to get off to a good start with the bat.

Defending 184, Kapil Dev and his team received a major boost when they were able to dismiss Vivian Richards before he reached his half-century. Kapil Dev beat Richards with a fantastic running catch and returned to the pavilion with a score of 33.

After this victory, cricket received a significant boost in the country, and the sport has never looked back.