On This Day 23 Years Ago, Anil Kumble’s Historic Victory Against Pakistan 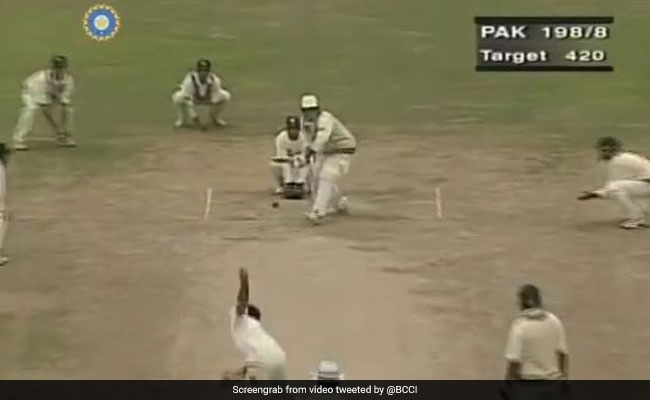 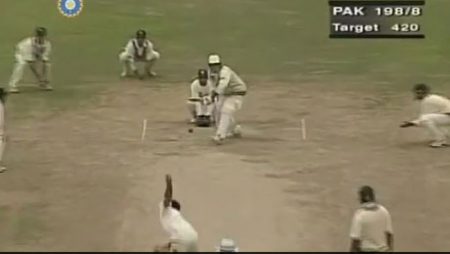 On This Day 23 Years Ago, Anil Kumble’s Historic Victory Against Pakistan.

Anil Kumble made history on February 7, 1999. When he became the first Indian and only the second cricketer in history, to pick all ten wickets in an innings. Kumble also took all ten wickets in the second innings of the second Test against Pakistan. At the Feroz Shah Kotla Stadium (now renamed Arun Jaitely Stadium) in New Delhi. Kumble’s incredible figures of 10 for 74 in 26.3 overs helped India bowl Pakistan out for 207 in the final innings, allowing India to win the Test by 212 runs. On the 23rd anniversary of the former India captain’s accomplishment, the BCCI took to Twitter to refresh memories. The BCCI tweeted the highlights of Kumble’s 10 wickets, writing: “#OnThisDay in 1999, #TeamIndia spin legend @anilkumble1074 lit up the stage by becoming the first Indian to take all ten wickets in a Test innings. Let’s relive that incredible performance.”

Also Visit: Hardik Pandya will not play in the Ranji Trophy this year.

Kumble is the only Indian to have ever taken all ten wickets in an innings. Only three cricketers in history have accomplished the rare feat. England’s Jim Laker was the first to do so against Australia in 1956, in Manchester. Kumble was the second, and New Zealand’s left-arm spinner Ajaz Patel became the third last year when he took all ten wickets in an innings against India in Mumbai. Surprisingly, all three bowlers who have managed the incredible 10-for are spinners.

Pakistan was chasing 420 for victory in that match in 1999. Shahid Afridi and Saeed Anwar got the visitors off to a flying start, raising hopes of an unlikely victory. It all changed in the 25th over, when Kumble dismissed Afridi for 41, breaking the opening partnership of 101. As the match began to tilt towards India, Ijaz Ahmed was LBW for a golden duck off the next ball.

A couple of overs later, Inzamam-ul-Haq and Mohammad Yousuf struck in the space of two deliveries to completely change the complexion of the match.

There was no stopping the legendary Indian leg-spinner, who struck at regular intervals to run through Pakistan’s batting order. Pakistan captain Wasim Akram, who fought valiantly when wickets were falling at the other end, was the last man out as India won comfortably and Kumble etched his name in the record books.

One Reply to “On This Day 23 Years Ago, Anil Kumble’s Historic Victory Against Pakistan”