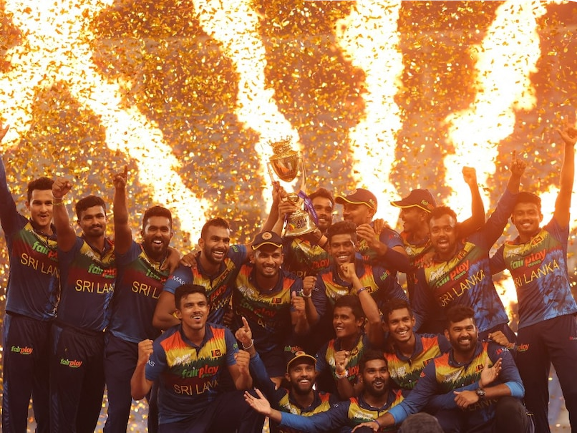 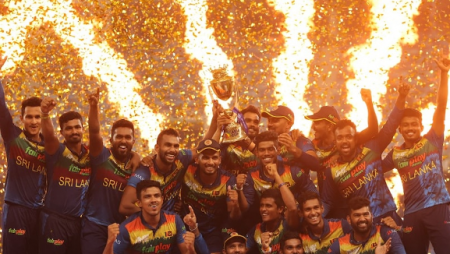 On Sri Lanka’s Asia Cup Final Victory Against Pakistan, Mahela Jayawardena “Good Toss To Lose. ” In a tournament where the coin toss has been crucial. Sri Lanka defied all odds by defeating Pakistan in the Asia Cup final despite being on the losing side of the coin toss and being put in to bat.

In a tournament where the coin toss has been crucial. Sri Lanka defied all odds by defeating Pakistan in the Asia Cup final despite being on the losing side of the coin toss and being put in to bat. The chasing team had won eight of the tournament’s 11 matches. With two of those coming in India and Pakistan’s victories over Hong Kong. Despite being down at 58/5 at one point, Sri Lanka demonstrate great grit and determination to win the final.

“Good toss to lose boys !! Showed character and passion to play for the country and so proud of each and every one… enjoy the victory as entire country will.. brilliant team effort,” he tweeted.

Bhanuka Rajapaksa hit a brilliant 71* off 45 deliveries to help Sri Lanka reach 171/6 from a position where even 150 looked difficult.

Pramod Madushan then took two wickets in two balls to put Pakistan on the back foot early on.

Mohammad Rizwan and Iftikhar Ahmed put on a 71-run partnership, but their scoring rate was too low, and the pressure was mounting.

Madushan then broke the stand and took his third wicket, and it’s been all Sri Lanka since, despite Rizwan’s half-century.

Rizwan, Asif Ali, and Khushdil Shah were all sent packing in one over, effectively putting an end to Pakistan’s hopes.

Pakistan were eventually bowl out for 147 off the final delivery of the match. Prompting ecstatic celebrations from Sri Lanka’s players.

Also Read: Pakistan is the favorite, but the exciting and young Sri Lanka team should not be underestimated: Wasim Akram