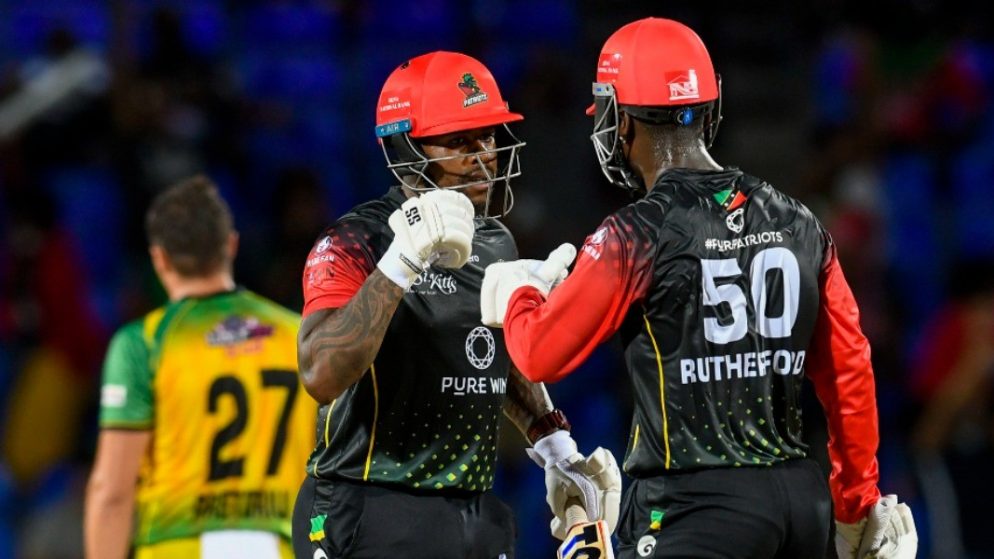 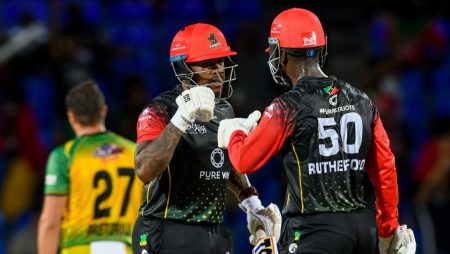 Chris Gayle was facing Odean Smith in the fourth over of the innings. When the pacer creates a screamer to break his bat into two.

Odean Smith was amazing with the ball throughout the competition. He is strong and has bowled overwhelming bumpers that have troubled the heavyweights of the league. Similarly, to Kieron Pollard and Chris Gayle. Also, Smith has picked up 18 wickets this season. At a stunning average rate of 7.54. He is only behind Ravi Rampaul in the list of leading wicket-takers at the moment.

St Kitts & Nevis Patriots attack into the finals chasing down the target of 179 runs set. Also, by the Guyana Amazon Warriors with 13 balls to extra. Lewis and Gayle set up the chase at the top of the order. Gayle scored 42 before falling to Kevin Sinclair. While Lewis continued the attack in the company of captain Dwayne Bravo. The duo took their side home comfortably.

Read more: Mumbai Indians recently gave an update on Rohit Sharma’s training routine following his arrival in the UAE ahead of the second phase of IPL 2021