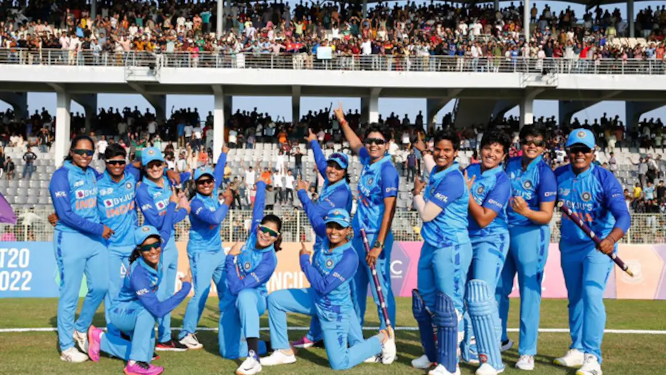 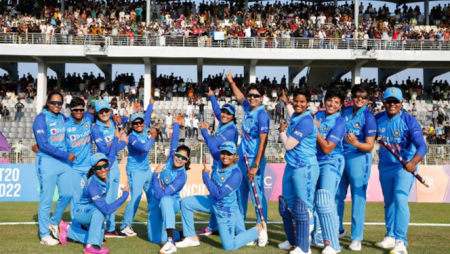 “New Era of Gender Equality”: Men and Women Cricketers Pay the Same Match Fee. Since the team placed second in the 2017 ICC Women’s World Cup, interest in Indian women’s cricket has grown. Since then, the team has got to the T20 World Cup final in 2020 and won a silver medal at the Commonwealth Games in 2022.

The Board of Control for Cricket in India (BCCI) made a major statement on Thursday. Declaring that the match price (contracted) for both men and women cricketers will be the same. In many ways, the decision to equalize match fees for men and women cricketers represents a watershed moment. Jay Shah, BCCI secretary, announced that the senior women’s cricketers will be paid the same match fee as their male counterparts.

“I’m glad to announce the first move taken by @BCCI to combat discrimination. For our contracted @BCCIWomen cricketers, we are introducing a pay equity policy. As we enter a new era of gender equality in cricket. The match fee for both men and women cricketers will be the same. The @BCCIWomen cricketers will be paid the same as their male colleagues for each match. T20I (INR 6 lakhs), Test (INR 15 lakhs) (INR 3 lakhs). Pay equity was my commitment to our female cricketers, and I appreciate the Apex Council’s support. Thank you “According to Shah’s tweet.

In an official release, Roger Binny, the BCCI’s newly appointed President, said, “In our Apex Council meeting today, we took a key decision on pay fairness for our women cricketers.” In international cricket, our female players will be paid the same match money as males. This decision lays the groundwork for the growth and development of cricket. This, I feel, is a huge step forward for women’s cricket and the game as a whole.”

The decision comes just days after the BCCI AGM determined that the maiden season of the women’s IPL will take place in 2023.

Interest in Indian women’s cricket has increased since the team finished runners-up in the 2017 ICC Women’s World Cup. Since then, the squad has advanced to the final of the T20 World Cup in 2020 and earned a silver medal at the Commonwealth Games in 2022.

The New Zealand Cricket Board made a similar move earlier this year, declaring that the women’s national team and local women’s players will get the same match fees as males.