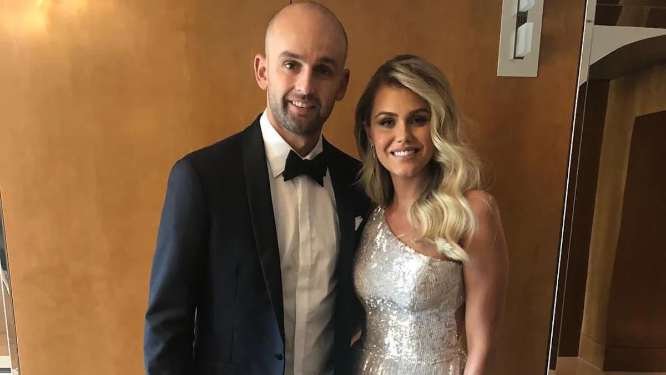 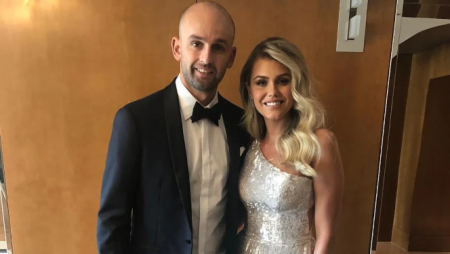 Lyon posted a photo of himself and his wife Emma on Instagram with the caption “Mr and Mrs.”

Lyon took 11 wickets in the recently concluded Test series against Sri Lanka, including a five-wicket haul in the first Test.

He had a total of nine wickets in the first Test.

In 110 matches, the spinner has taken 438 wickets in the longest format of the game.

Lyon completed 400 wickets in the longest format in December of last year, and he did so during the Ashes, making the achievement all the more memorable.

In Test cricket, he has 20 five-wicket hauls to his name. Lyon has also appeared in 29 One-Day Internationals for Australia, taking 29 wickets with his best figures being 4/44.

The off-spinner has also played two Twenty20 Internationals for Australia, taking one wicket. He last appeared in a T20I against Pakistan in October of 2018.