Naseem Shah tells the story of his mother’s tragic death. 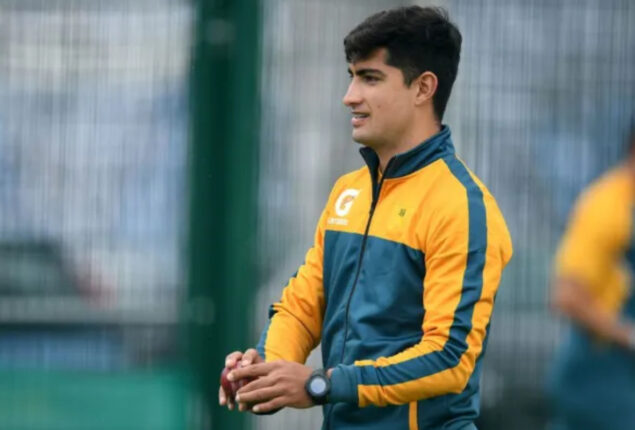 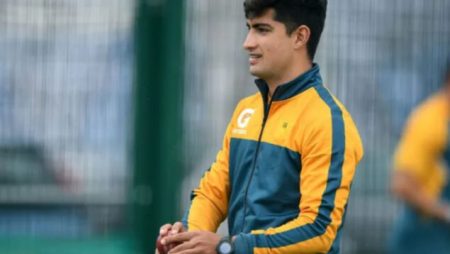 Naseem Shah tells the story of his mother’s tragic death. Due to injury worries, Pakistan speedster Naseem Shah missed the Multan Test against England, and his absence proved to be a big hole in the team. The 19-year-old made his debut three years ago in 2019, and he has quickly developed into an all-format player. He was one of Pakistan’s tournament performers in the recent T20 World Cup 2022 campaign.

Notably, Shah had a difficult debut after losing his mother on the same day when he was only 16 years old. He worked his way through the tough times and recently described the impact it had.

“I was too close to my mother. Left home when I was 12 years old because of cricket. I relocate to Lahore. When my debut arrived, she contacted me a day earlier and I informed her, ‘tomorrow is my debut’. She didn’t watch television and didn’t comprehend cricket. But I told her, “You have to watch the game tomorrow because I’m playing, and I’ll be on TV live.”

“She overjoy and said she’d come to Lahore to witness the game. “When I woke up, the management came to me and said, ‘you mum has died away,'” Naseem recounted in a Sky Sports Cricket interview with Nasser Hussain.

Nobody gives a damn about what’s going on within you: Naseem Shah

Naseem Shah discussed his problems following the death of his mother and showed his devotion to her. He also admitted to have physical worries early in his career and how it helped him improve his mental strength while playing for Pakistan.

“I suffered for the following six to eight months. Nobody gives a damn about what’s going on within you. I used to have a lot of drugs, and I could see my mother everywhere. I used to think a lot about her. Everyone expects you to perform when you play for Pakistan. I was also injured a lot during that time, so it was a difficult period. But I learnt from it. I’ve grown stronger. My (Pakistan) debut was the most difficult day of my life. “I can deal with not performing well today because I remember how difficult it was,” Naseem remarked.

Also Read: India vs Bangladesh 2022: Due to visa complications, Jaydev Unadkat is stranded in India and cannot take the first Test.