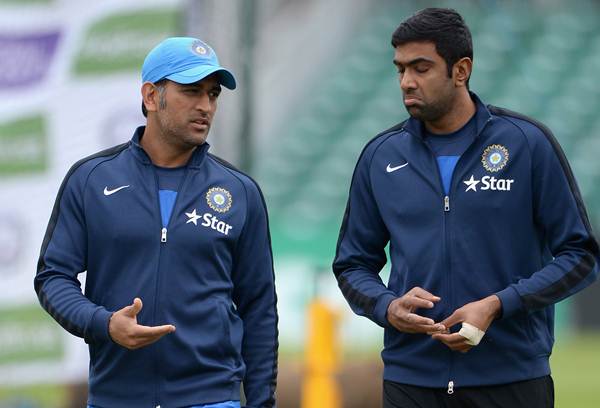 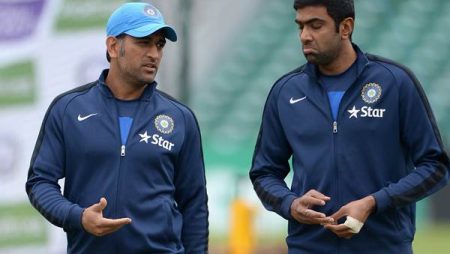 Ashwin talked about how he went through mental anguish and how MS Dhoni’s counsel helped him get through it.

Ravichandran Ashwin, an experienced Indian off-spinner, has been on a tear this season, putting up incredible figures. The 35-year-old is the leading wicket-taker in Tests in 2021, with 52 wickets in eight matches. With the willow in hand, he’s also shown off his abilities. Although Ashwin has recently been playing some of his finest cricket, he wasn’t always this way.

In 2017, the top off-spinner was dropped from both the ODI and T20I teams. Furthermore, when Kuldeep Yadav was a newcomer to the international scene, former Team India coach Ravi Shastri dubbed him the team’s best overseas spinner. As if that wasn’t enough, Ashwin was forced to withdraw from the final three Tests against Australia on the 2018-19 tour owing to injury.

Ashwin recalled how he went through emotional turmoil during that time and how MS Dhoni’s counsel helped him deal. “I believe I have a high level of self-awareness. And I’m a big thinker. As a result, it was even more difficult for me. If you get injured, and you’re coming back, it’ll still be in your head,” Ashwin said in an interaction with Cricket Monthly.

“However, if you are injured and experience the kind of mental trauma I had, it is far more difficult.” And I believe I am in an excellent position to benefit from the experience. I’m in a good position to deal with life’s challenges, and I’m glad for that,” the 35-year-old remarked. Former Indian captain MS Dhoni offered Ashwin some advise, which he remembered.

“I’ve never been afraid of failing in my life.” So it’s fine to go out on the ground and fail in terms of performance. It’s processes vs. results, as MS Dhoni often said. I believe I’ve figured out how to do it. I’m not afraid to make a mistake in front of millions or billions of people. It’s meaningless. “At the very least, I have the opportunity to go out there and achieve or fail, which other people do not have,” he added.

In the meantime, Ashwin is preparing for India’s three-match Test series against South Africa, which begins on December 26. Due to injuries to Axar Patel and Ravindra Jadeja, Ashwin is expected to be India’s first-choice spinner in this series.