Mohammed Siraj takes over for Jasprit Bumrah in the final two T20Is. 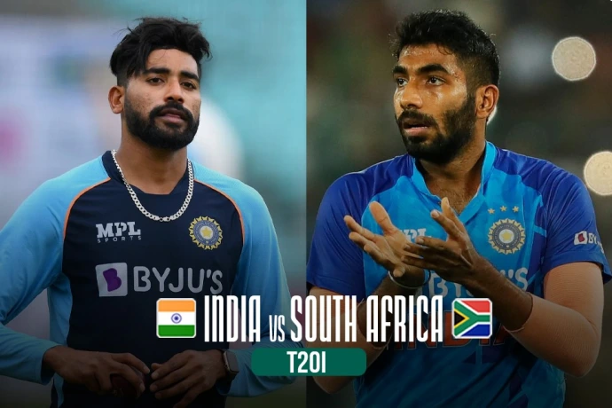 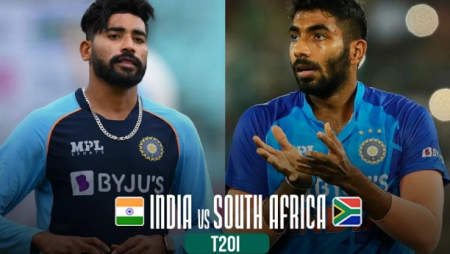 The All-India Senior Selection Committee named Mohammed Siraj as Jasprit Bumrah’s replacement for the remainder of the T20I series against South Africa on Friday. The BCCI made the official announcement, as well as an update on the severity of Bumrah’s injury. “Bumrah has sustain a back injury and is currently being monitor by the BCCI Medical Team. ” The Indian cricket board stated in an official media release.

All Read: Ex-India opener reacts to KL Rahul’s knock in the first T20I against South Africa.

Jasprit Bumrah is set to be rule out of the upcoming ICC T20 World Cup in Australia due to a back stress fracture.

While an official confirmation from the Board of Control for Cricket in India is awaited. Bumrah withdrawn from India’s series opener against South Africa in Thiruvananthapuram on Wednesday.

The BCCI was notified of Bumrah’s injury just minutes before the toss at Greenfield Stadium. “Jasprit Bumrah complained of back pain during India’s practice session on Tuesday, and the BCCI Medical Team assessed him. He has been rule out of the first T20I,” the BCCI said in a tweet.

Bumrah, who missed the Asia Cup due to a back injury and was training at the National Cricket Academy, played the final two T20Is against Australia.

Bumrah, who played in the second and third T20s against Australia, did not travel to Thiruvananthapuram with the team for the series opener against South Africa.