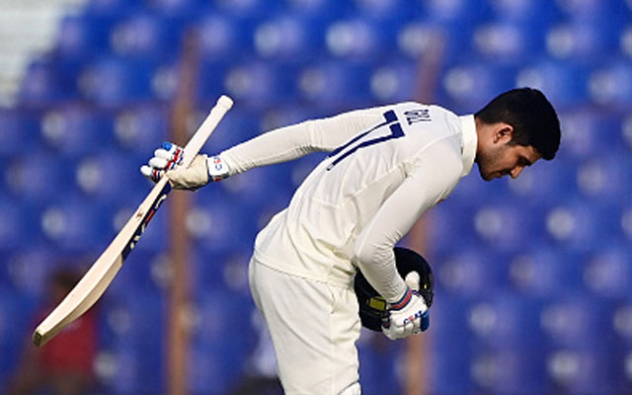 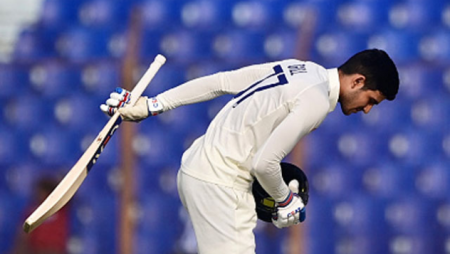 In the first Test of the series, Team India overpowered Bangladesh, beating the hosts by 188 runs in Chattogram. After setting a difficult 513-run goal in the first Test, India bowled out Bangladesh’s batting lineup in the second innings for 324. The home team put up a valiant fightback, batting through the entire fourth day, but finally fell short.

India, on the other hand, performed admirably with both the bat and the ball. Cheteshwar Pujara scored 90 and 102* runs in the two innings, but it was Shubman Gill’s maiden Test century that stole the show. In the absence of regular skipper Rohit Sharma, Gill was given the opportunity to open for India, and he struck a magnificent 110 to help India establish a commanding lead.

His century was not in vain, as India won the opening game by a whopping 188 runs. Former India cricketer Mohammad Kaif poured admiration on the teenager, saying that if he continues to produce similar innings, it will be tough to keep him out of India’s playing lineup.

“It is a challenging choice because of the blueprint they are pursuing in Test cricket. They have five bowlers on the team. If you were playing four bowlers, you may have adjusted him. It will be tough to accommodate him. He may have to wait if Rohit Sharma returns. He has the physique. If I were Shubman Gill right now, I would not be concerned about whether or not my selection will occur; I have completed my task. “No one will be able to stop him from being an all-format player,” Kaif stated on Sony Sports Network.

Also Visit: Ramiz Raja, the chairman of the PCB, may be fired following the series loss to England.

The place will be made if you have to drop KL Rahul or Shreyas Iyer for that: Kaif

Gill was a wizard with the bat. Following his dismissal for a low score in the first innings, he went on to make a superb hundred in the second. KL Rahul, India’s top-order batsman and stand-in captain, Rahul could not generate decent figures in either innings, but Gill rose to the situation to seize the opportunity with both hands. Kaif continued to praise the child, saying:

“Shubman Gill has the skill, the hunger, and the ability to score runs regularly. He scored in the IPL, helping Gujarat Titans win the trophy, and has hundreds in ODI and Test cricket, so his 2022 has been outstanding. You would not be able to stop such a talent for long, whether you have to remove KL Rahul or Shreyas Iyer to make room for him. He’s becoming better and better every time he gets the chance. The Test match is in three days, and Rohit Sharma may not be as well.”