Mohammad Hafeez refers to India as the “Laadla” of world cricket due to its large earnings. 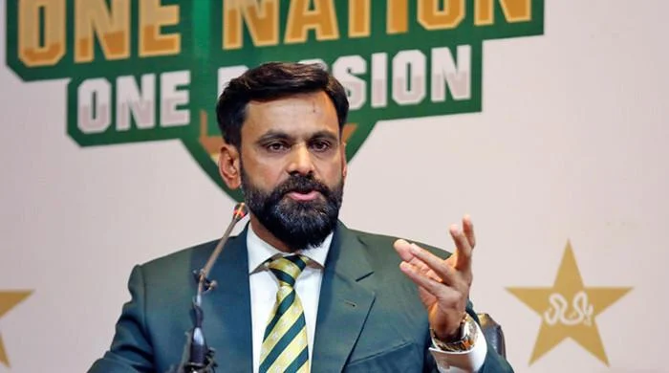 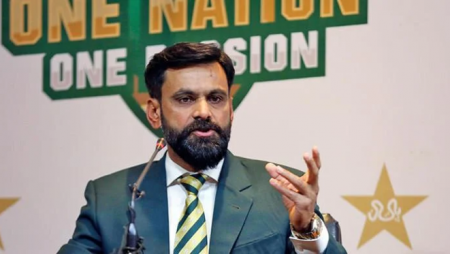 Former Pakistan captain Mohammad Hafeez claimed that India. More specifically the Board of Control for Cricket in India (BCCI), is “pampered” in world cricket. Due to the large amount of money they generate. Hafeez said in a video of a discussion he posted on Twitter. Captioned “Laadla” with a heart-eyes emoji. “I don’t know a lot, but I definitely know that in our society, whoever is the earner is loved by everyone. The most laadla (pampered), and gets the most kisses from everyone.”

He continued to explain, despite the fact that the rest of the panel was laughing.

“India is a revenue-generating nation. So, even in bilateral series all over the world. Where they get sponsorship and a jackpot, it’s difficult to deny these things. ” Hafeez stated.

Also Visit: Dasun Shanaka was a standout performer for his team in a high-stakes match against Bangladesh: Nikhil Chopra

Mohammad Hafeez refers to India as the “Laadla” of world cricket

When the show’s anchor ask if India is call “laadlas” because they play well or because they make more money. Hafeez said it was the latter.

After India’s win over Hong Kong in the Asia Cup group stage, Hafeez made some harsh remarks about India captain Rohit Sharma.

In a discussion on PTV Sports, Hafeez first requested that a video clip of Rohit. Leaving the field following the win over Hong Kong be shown, and then stated. ” You can see Rohit Sharma’s face after winning the match. This was said after India had won by 40 runs. I had mentioned Rohit Sharma’s body language when he came out to toss; he appeared weak, afraid, and confused. I’m unable to see Rohit Sharma, who I’ve seen play incredible innings during matches. I believe Rohit is under a lot of pressure as captain. He is having a difficult time.”

India qualified for the Super 4 stage by defeating Pakistan and Hong Kong, and will face Pakistan again on Sunday.