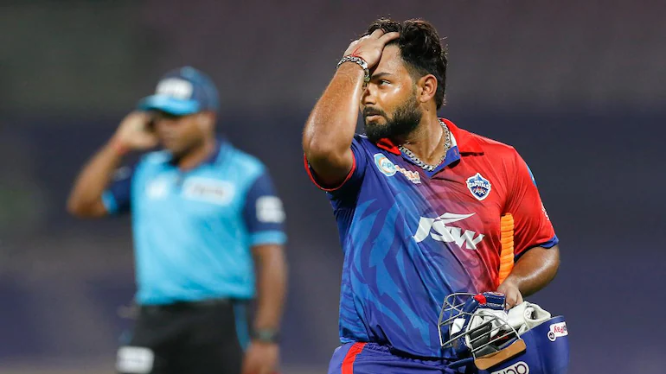 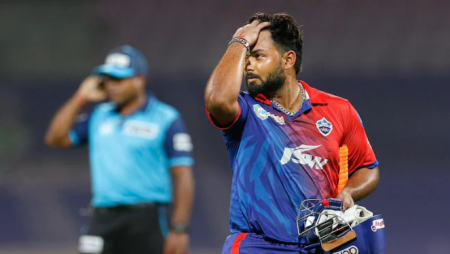 The Delhi Capitals paid the ultimate price for captain Rishabh Pant’s DRS blunder. As Mumbai Indians beat them by 5 wickets to knock them out of the IPL 2022. DC needed to win to advance to the play-offs at the expense of Royal Challengers Bangalore. Pant’s decision not to review a caught behind shout against big-hitter Tim David came back to haunt the Capitals, as he slammed 34 crucial runs at a crucial stage of the match to set up Mumbai’s win.

Pant had already made things difficult for himself. His teammates by dropping a sitter to South African big-hitter Dewald Brevis. However, Shardul Thakur ensured that the damage was limited by sending Brevis back on the third delivery of the 15th over.

The next batter up was power-hitter David. Shardul bowled a good delivery outside the off stump channel. David misjudged the ball while attempting to push it to the covers. Pant immediately appealed after safely pouching the ball behind the stumps after hearing a noise through the stump mic.

There was an immediate appeal, but the on-field umpire denied it. With both reviews completed, everyone expected captain Pant to opt for the DRS. Pant, however, decided not to review the decision after a brief conversation with bowler Shardul Thakur.

MI vs DC: The UltraEdge showed a spike. Which meant that if Pant had decided to review the decision, David’s innings would have ended with a duck.

The Singaporean punished the Capitals by hitting four massive sixes and two fours in the next nine deliveries before being caught by Shardul in the 18th over after scoring 34 runs in just 11 deliveries. By then, Mumbai had risen to prominence, and Delhi was never able to recover from that disastrous decision.

Mumbai eventually won the match in the final over, much to the chagrin of the Delhi Capitals, but they only had themselves to blame.

Gujarat Titans, Rajasthan Royals, Lucknow Super Giants, and Royal Challengers Bangalore are the four teams that have qualified for the IPL 2022 play-offs.