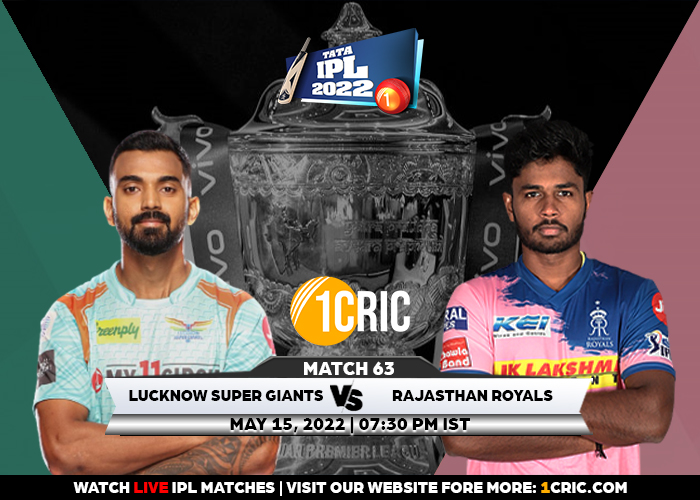 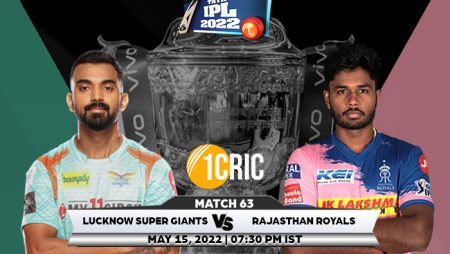 Match 63: IPL 2022, LSG vs RR Prediction for the Match – Who will win the IPL Match Between LSG and RR? Both teams have lost their previous games in the IPL 2022.

The Lucknow Super Giants will face the Rajasthan Royals in their next match at the Brabourne Stadium. The KL Rahul-led side is coming off a big loss against the table-toppers Gujarat Titans in their previous game, and they will be looking to make amends quickly with the playoffs approaching. Lucknow Super Giants are second in the points table with eight victories in 12 games.

The Rajasthan Royals, on the other hand, have lost three of their last four games after starting the tournament with a bang. Despite putting up a decent total in the previous game, the Sanju Samson-led side was outplayed by the Delhi Capitals, and they are likely to stick with the same playing XI in the upcoming game as well.

The last game played at Brabourne Stadium was a high-scoring affair. The same could be expected again with the wicket playing so well. The shorter boundaries will once again be used, and the team batting first will require a large number of runs to defend the totals. The captain who wins the toss will choose to bowl first.

Quinton de Kock has been outstanding at the top of the order for the Lucknow Super Giants so far, and he has stepped up most of the time when Rahul has been dismissed early. This season, the South African wicketkeeper-batter has scored 355 runs in 12 games and is constantly adding to his total. He’ll be looking to make amends for the previous game’s failure.

Mohsin Khan has been one of the season’s biggest discoveries, and the LSG team has reaped a lot of benefits on the powerplay so far. The lanky left-arm seamer has consistently hit the hard lengths, and his economy rate has been quite impressive in the games he has played. He was the pick of the bowlers in the previous game against GT, taking 1 for 18 in four overs, and will look to continue his strong form.