Match 54: IPL 2022 SRH vs RCB Prediction for the Match – Who will win the IPL Match Between SRH and RCB? 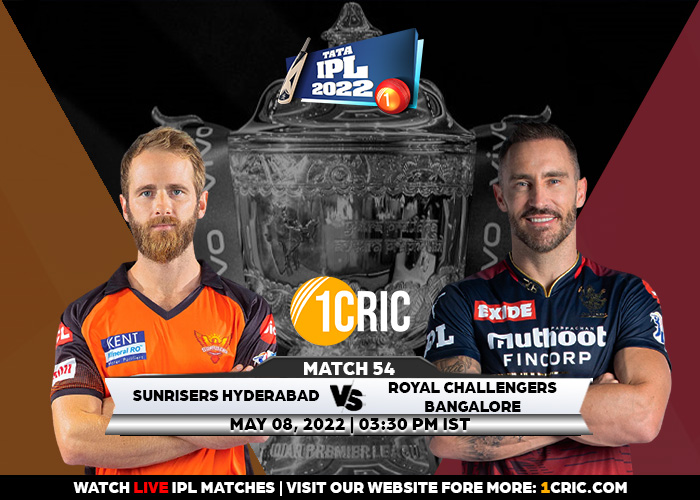 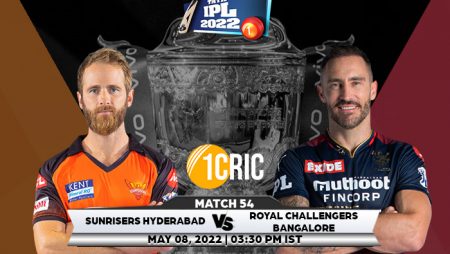 Match 54: IPL 2022 SRH vs RCB Prediction for the Match – Who will win the IPL Match Between SRH and RCB? Sunrisers Hyderabad has lost three of their last four games.

Sunrises Hyderabad will face Royal Challengers Bangalore in their next match on May 8th at the Wankhede Stadium. The Kane Williamson-led side has suffered three consecutive defeats and will be hoping to get their campaign back on track soon. The team is currently sixth in the points table with five wins in ten games. T Natarajan is expected to replace Kartik Tyagi in the starting lineup.

In the previous game, the Royal Challengers Bangalore finally ended their losing streak against the Chennai Super Kings. The Faf du Plessis-led side hasn’t seen the best of Virat Kohli yet this year. But a strong bowling performance has kept them in contention. With six wins in 11 games, RCB is currently fourth in the points table and is expected to field the same lineup as in the previous game.

The game between RR and KKR at the Wankhede Stadium was played on a batting-friendly wicket, and the KKR side easily chased down the target of 153. However, because this is a day game, the track may be a little easier to bat on, and the bowlers will feel the heat. Despite the difficulties of fielding first, the captain who wins the toss will try to chase down.

Glenn Maxwell has had a quiet season so far after starting with a bang, and he has yet to reach his full potential in this year’s tournament. The Australian all-rounder has scored 160 runs in eight games this season and will look to add to that total in the upcoming match. Maxwell has consistently provided offensive breakthroughs, and he will be an important cog in the lineup.

Without a doubt, Josh Hazlewood has been the RCB’s standout seamer this season, and he has been accurate with his lengths and lines with the new ball as well as in the death overs. The right-arm seamer had figures of 1 for 19 in his four overs against CSK in the previous game, demonstrating the impact he can have for his team. He’ll be looking to build on his strong start to the tournament.