Match 51: IPL 2022 GT vs MI Prediction for the Match – Who will win the IPL Match Between GT and MI? 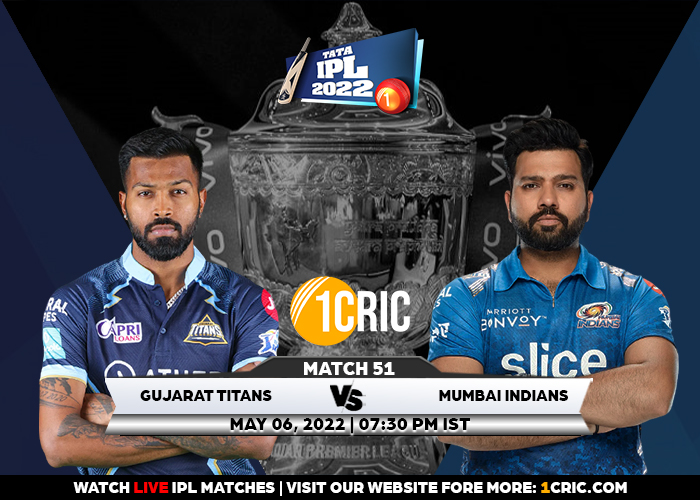 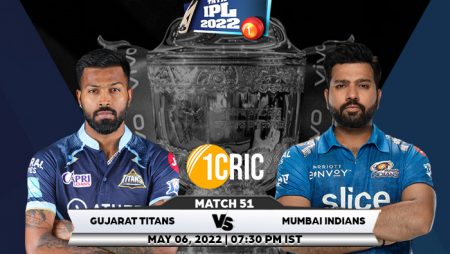 Match 51: IPL 2022 GT vs MI Prediction for the Match – Who will win the IPL Match Between GT and MI? The Mumbai Indians won their first game of the season against the Rajasthan Royals.

The Gujarat Titans will face the Mumbai Indians in IPL 2022 Match 51 at the Brabourne Stadium. The Hardik Pandya-led side suffered their second loss of the season against the Punjab Kings. But they remain atop the points table with 16 points from 10 games. Despite the loss, they will try to stick with the same lineup from the previous game.

On the other hand, the Mumbai Indians finally got their first win of the season against the Rajasthan Royals in the previous game, and they may be looking to test out their bench strength in the remaining games now that they have nothing to lose. Tim David’s performance in the previous game will be a huge plus as he provides them with the finishing role, while Kumar Kartikeya’s inclusion was also a blessing.

The previous game at the venue saw a score of 170 easily chased down, and the short boundaries will also benefit the batters. The team batting first will need to score a big score to stay in the game, so the captain who wins the toss will most likely bowl first.

Hardik Pandya has been in excellent form this season, but he was unable to score in the previous game, managing only one run off seven deliveries. The right-hander has already scored 309 runs in nine games for the Gujarat Titans, including some match-winning innings. He’ll be looking to get back on track with the bat for his team.

Mohammed Shami has been outstanding with the new ball for the Gujarat Titans this season, taking 15 wickets in ten games. The right-arm seamer has been making breakthroughs with the new ball, but he did go for a few in the last game, which he will try to improve on.