Match 40: IPL 2022 GT vs SRH Prediction for the Match – Who will win the IPL Match Between GT and SRH? 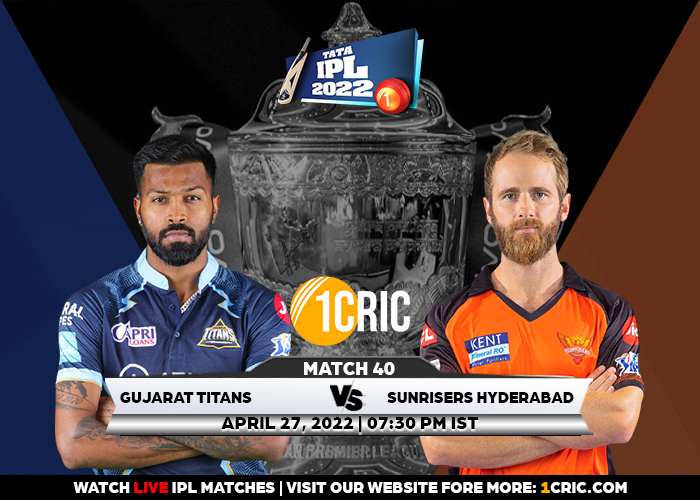 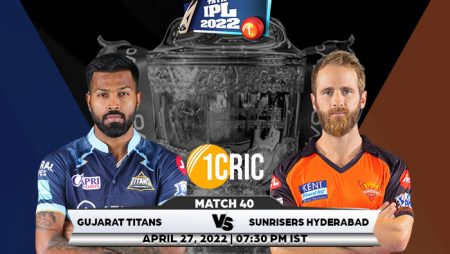 Match 40: IPL 2022 GT vs SRH Prediction for the Match – Who will win the IPL Match Between GT and SRH? Gujarat Titans’ only defeat in the IPL 2022 season came against the Sunrisers Hyderabad in their previous meeting.

The Gujarat Titans will play the Sunrisers Hyderabad in their next match at Wankhede Stadium. Both teams have had a fantastic start to the IPL 2022. They are already looking like strong contenders for the playoffs. Sunrisers Hyderabad are second in the points table with five wins in seven games and are coming off a big win against Royal Challengers Bangalore in their previous game.

The Gujarat Titans, on the other hand, won a close match against the Kolkata Knight Riders to extend their winning streak in the tournament. In fact, Gujarat Titans’ only defeat in the tournament came against Sunrisers Hyderabad. They will be looking to even the score in the upcoming match. With six wins in seven games, Hardik Pandya’s team currently leads the points table.

In recent games, Wankhede Stadium has been a high scoring wicket. The short boundaries have allowed the batters to take on the bowlers tactically. The captain who wins the toss will almost certainly opt to bowl first, as the dew factor will be one of the skipper’s concerns.

Hardik Pandya has been outstanding so far in the tournament, and he played another match-winning innings with the bat against the Kolkata Knight Riders in the previous game. Moreover, The right-hander has already accumulated 295 runs in six games this season, and he has led the team from the front by batting up the order. He is likely to bat only in the upcoming match because his fitness appears to be an issue whenever he starts bowling.

Lockie Ferguson bowled a good spell in the previous game, allowing only 33 runs in four overs and picking up one wicket. The right-arm quick has been consistently clocking high speeds, and his slower ones have become a lot more effective as his pace has increased. Ferguson has the ability to pick up wickets whenever the captain requires him to, and he will be looking to maintain his strong form.