Match 39: IPL 2022 RCB vs RR Prediction for the Match – Who will win the IPL Match Between RCB and RR? 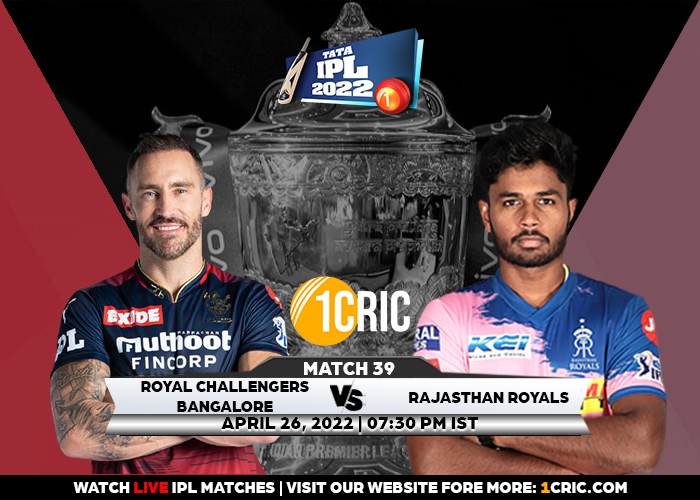 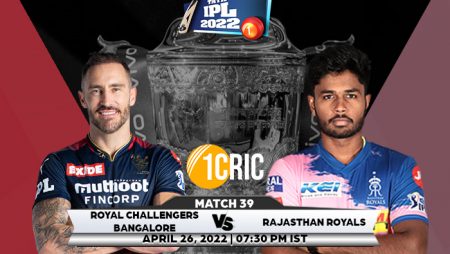 Match 39: IPL 2022 RCB vs RR Prediction for the Match – Who will win the IPL Match Between RCB and RR? In their previous game against SRH, RCB were bundled out for 68 runs.

The Royal Challengers Bangalore will play the Rajasthan Royals at the MCA Stadium in Pune in their next match. The Faf du Plessis side had a completely off game against SRH in their previous game, being all out for only 68, and there wasn’t much they could have done with the total. Anuj Rawat has been ineffective at the top of the order, so they may be tempted to bring in Mahipal Lamror, who isn’t a bad option for pushing Virat Kohli up the order.

The Rajasthan Royals, on the other hand, have had two close games in their last two games, and Jos Buttler has been a complete masterclass at the top of the order. The bowling appeared to have leaked runs in the last two games, but a lot will go down to the pitches, which had been a belter in the side’s previous two games. They might think about replacing Obed McCoy with Navdeep Saini or Kuldeep Sen.

The last game between CSK and GT at the MCA Stadium took place quite some time ago. Any score above 170 will be difficult for the team batting second, but the captain who wins the toss will be tempted to bowl first due to the dew factor.

With his current form, Jos Buttler will almost certainly consider playing another match-winning knock for his team. The right-hander has three centuries this season and has been virtually unstoppable so far in the tournament. After a slow start in the previous game, he accelerated nicely, and RR will be hoping he can stay in the crease for a long time.

Yuzvendra Chahal delivered a master class in spin bowling in the previous game, despite the fact that the ball was relatively wet and difficult for the bowlers to grip. In a high-scoring game, the leggie continued his impressive form, finishing with 1 for 28 in his 4-over spell. He is also the current Purple Cap holder, having taken 18 wickets in seven games.