Match 37: IPL 2022 LSG vs MI Prediction for the Match – Who will win the IPL Match Between LSG vs MI? 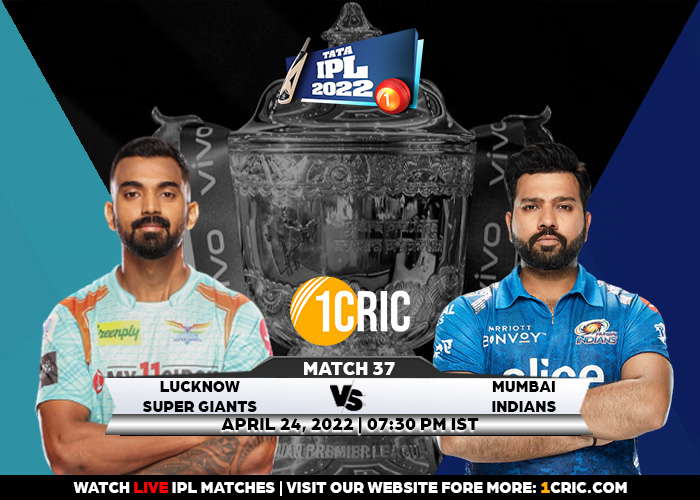 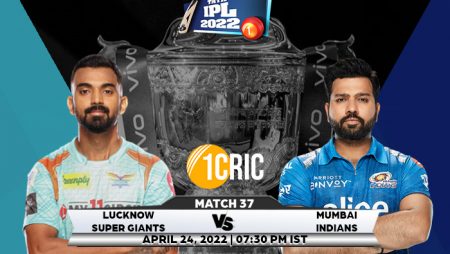 Match 37: IPL 2022 LSG vs MI Prediction for the Match – Who will win the IPL Match Between LSG vs MI? This season, the Mumbai Indians have lost seven consecutive games and have yet to open their account.

In Match 37 of the IPL 2022: The Lucknow Super Giants will face the Mumbai Indians in an exciting match at the Wankhede Stadium. Both teams have had contrasting results thus far. The LSG losing their previous game against the RCB by a narrow margin. But their overall campaign has been excellent. LSG is fourth in the points table after four wins in seven games and is unlikely to make any changes to their starting lineup.

The Mumbai Indians, on the other hand, have continued their poor form this season. After losing their previous match against the Chennai Super Kings. With seven losses in seven games, the Rohit Sharma-led team is almost out of contention for a playoff spot. They will be looking to get back to winning ways in order to salvage some pride. The Mumbai side did put up a fight in their previous game, so they are expected to field the same lineup.

The previous game (RR vs DC) at Wankhede Stadium was a high-scoring thriller that came down to the final over to determine the winner. The wicket appears to be good one to bat on, Any score could be chased down with the short boundaries. The captain who wins the toss will want to bowl first on the wicket because chasing is relatively easy on the ground unless a massive score is posted.

Suryakumar Yadav has been one of the positives for the Mumbai Indians despite their losing streak, and the right-hander got off to a good start in the previous game with a 21-ball 32, but he was unable to capitalize. The 31-year-old has played every shot in the book and has already scored 232 runs for the Mumbai Indians in five games. He’ll be looking to make a big score, which will be critical to Mumbai’s success plans.

Meanwhile, Jasprit Bumrah hasn’t had much of an impact in terms of wickets for the Mumbai Indians, but he has been leading his side’s bowling attack with some excellent lines and lengths. Despite having a decent economy rate, Bumrah has only taken four wickets in seven games this season, and Mumbai will be hoping that he can get his name in the wickets column more frequently.

Also Read: Boria Majumdar is likely to face a two-year suspension in the Wriddhiman Saha case.