Match 31 IPL 2022: LSG vs RCB Prediction for the Match – Who will win the IPL match LSG vs RCB today? 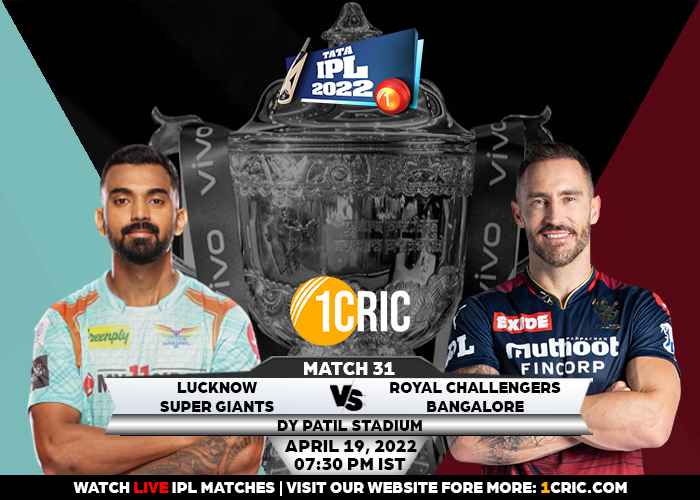 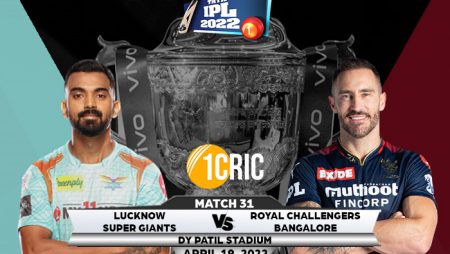 Match 31 IPL 2022: LSG vs RCB Prediction for the Match – Who will win the IPL match LSG vs RCB today? Both teams are coming off of narrow victories in their previous games.

In their next game: The Lucknow Super Giants will face the Royal Challengers Bangalore at the Dr DY Patil Sports Academy in Navi Mumbai. Both teams are coming off a win in their previous game and had a good start to their IPL 2022 campaign. Lucknow had a fantastic outing against Mumbai Indians in their previous match, ticking most of the boxes. They are currently second in the standings, with eight points from six games.

On the other hand, the addition of Dinesh Karthik has proven to be a boon for the RCB. As he has been producing high-quality innings. They have a fantastic bowling lineup, with Glenn Maxwell giving them four overs on most days, and this could be the season for them to win it all. They are currently in third place in the standings, with eight points from six games.

The previous game at the venue saw a score of 151 easily chased down. However, based on the results thus far, any score above 170 will be difficult to achieve. Because it has been difficult to predict the winning score on the wickets thus far. The captain who wins the toss will most likely bowl first.

Glenn Maxwell has been in good form since rejoining the RCB playing XI, scoring an important half-century in the previous game to keep the side scoring at a high rate. Despite wickets falling around him, the right-hander hit 55 off 34 balls with seven fours and two sixes and was quite aggressive from the start of his overs. He has the ability to turn the game on its head in a matter of seconds.

Despite the fact that the wickets have not been kind to spinners this IPL season, Wanindu Hasaranga has been one of the standout spinners, with the ability to change games with his wicket-taking abilities. The leggie has 11 wickets in six games this season and is currently fifth in the race for the Purple Cap. He has been an important part of the RCB bowling attack this year, and the Sri Lankan will look to add to his wicket total.

Check out most recent IPL points table 2022 update to get a better understanding of team analysis.