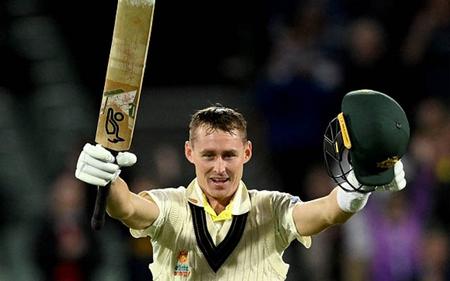 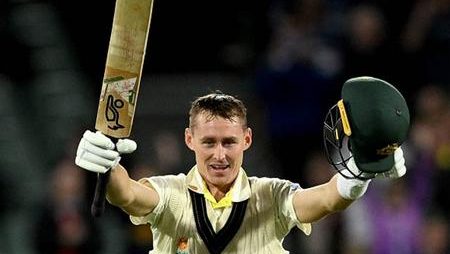 In the longest format of the game, Australia’s Marnus Labuschagne is in the best shape of his life. In the just finished Test series against the West Indies. The batting ace amassed 502 runs in only two games, showcasing his prowess with the bat. The Australian player, whose concentration is cricket. It has admitted that being a parent has made it easier for him to take a break from the game.

The ICC’s top-ranked Test batter, Marnus Lanuchagne, has acknowledged that his fixation with the game is what makes him successful. The 28-year-old said, however, that being a parent has altered his outlook on life since he now puts the game on hold while he is with his family.

Read also: Richa Ghosh said – ‘Since childhood, I’ve followed Dhoni and how he used to finish the game’

I am who I am is because I am obsessed : Marnus Labuschagne

“I am who I am is because I am obsessed, and I am obsessive, I love to try and get better each time and each day. I think that part, hopefully, it never stops for me because I think that’s what makes me who I am.

“Becoming a dad has probably helped me switch off a little bit from the game when I’m at home. When my family’s with me, certainly the two differences between when they were with me in Perth to when they weren’t with me in Adelaide. I got to bed a lot later in Adelaide, and I was watching a lot more cricket videos at night,”

The upcoming Test series against the Proteas excites the Australian star. For the star batter, facing up against his own nation in the first Test in Brisbane, his new home, is a fairytale match-up. Born in Klerksdorp, South Africa, Labuschagne went to Australia when he was ten years old because he admired players like Ricky Ponting, Michael Clarke, Mike Hussey, and Damien Martyn.

“But I certainly think it’s always exciting what this Test holds because it is a little bit closer to my heart because it’s the country where I grew up and where I spent 10 years of my life,”