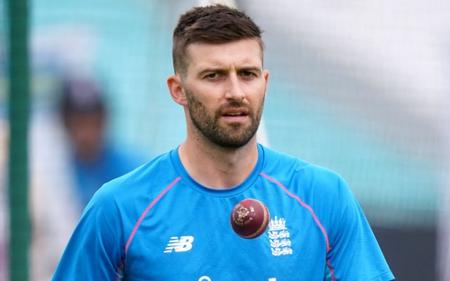 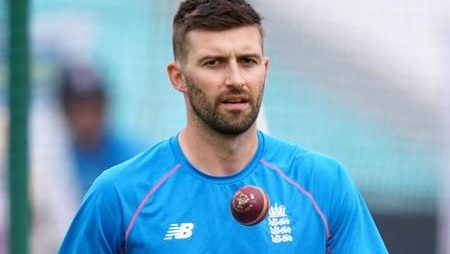 Mark Wood thought about giving up Tests because of ongoing injury issues. The Pakistani batters were rattle by Mark Wood’s lightning quick pace during the second innings of the Multan Test.

At Multan, England defeated Pakistan in the second Test match, capping a spectacular subcontinental series triumph. One of the best performers on the field during the second Test was Mark Wood, a lightning quick pacer who says he was thinking about calling it quits after a run of injuries earlier this year.

The Pakistani batters were rattle by Mark Wood’s lightning-quick pace during the second innings of the Multan Test. Wood’s 4/65 included the key wickets of Saud Shakeel and Mohammad Nawaz when the visitors were losing the game.

Wood did well on the smaller circuits at this year’s World Cup. Nevertheless, he played in his debut Test at Multan nine months after sustaining an elbow injury during a Test against the Windies. The 32-year-old said he was pondering giving up red ball cricket when asked about his current plans for Test cricket in light of his elbow injury.

“Well, in fact, yes. I wondered if I’d go white-ball only. At some my point my body will say that it’s the way to go but I didn’t prepare for white-ball, I prepared for all cricket. I desperately wanted to experience all this, with Stokesy and Brendon, so I’m pleased I’ve stuck with it. And I’m pleased we won here. I’d have been gutted if we’d won, I’d come in, and we’d lost. They’d have been pointing fingers at me!”

Mark Wood said: “Stokesy now is much more mature, he speaks so well”

After enrolling in the Durham academy when they were teenagers, Mark Wood grew up playing cricket with Ben Stokes, who is currently the Test captain. The right arm bowler talked about the adjustments Stokes has through in recent months after becoming the captaincy in Test matches. Since Stokes took over as captain of the squad, England has won eight of their last nine Test matches and is now leading cricket with an innovative style.

“Stokesy now is much more mature. He speaks so well – he’s always had a fantastic cricket brain. But the way he comes across, the way he conducts himself, and the messages that he gives, he’s just so much more rounded than when we were growing up. He was this alpha guy who would whack it, and never back down. He’s still got all that, but he’s got other sides to him now. He’ll put an arm around people, and express what he means really articulately,”

Read also: Nicholas Pooran resigns as the T20 and ODI captain for the West Indies.