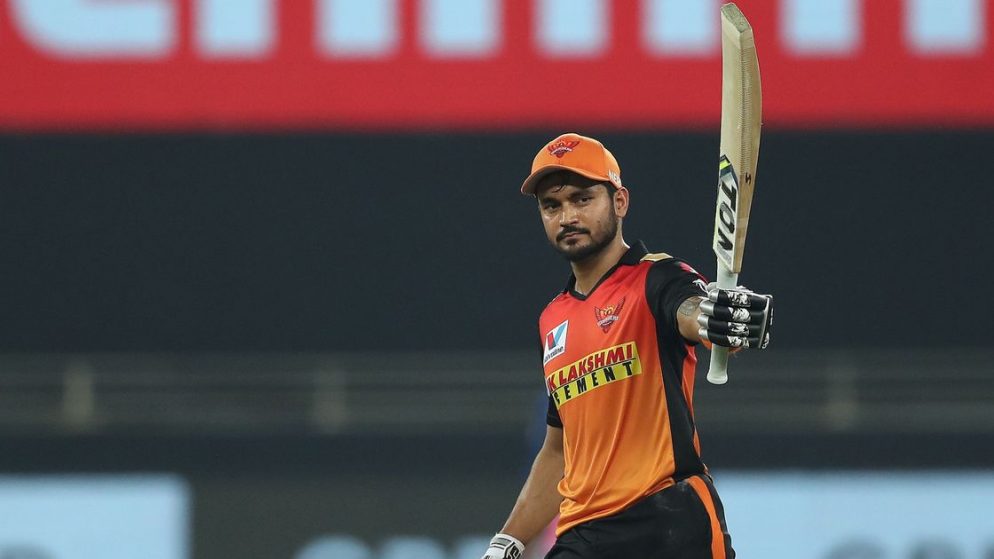 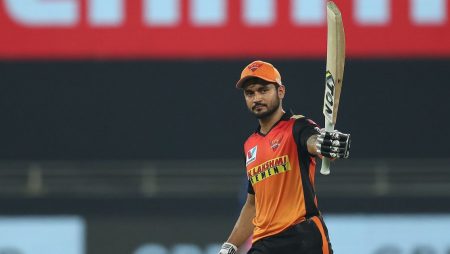 Sunrisers Hyderabad is currently in the UAE. It is preparing for the second phase of IPL 2021. It is then scheduled to begin on September 19. The Orange Army has a lot of catching up to do. After managing only one win in seven games in the competition.

Moreover, in the video uploaded by Sunrisers Hyderabad. On their social media handles, Manish Pandey went ball-fetching. After smacking a big hit.

“Who hits the ball will find the ball,” caption on the post.

Also, Manish Pandey successfully managed to find the ball. Moreover, from the heavy bushes. While handing over the white cherry, the middle-order batter.

“That’s how you find the ball,” Manish Pandey said.

He was the lone shining star in SRH’s fragile middle-order in the IPL 2021. Manish Pandey amassed 193 runs from five matches. At an average of 48.25. However, his strike rate mixed between 120-125. Which earned him criticism after the Hyderabad-based franchise. Also, struggled to change gears in death overs.

“We would make sure we deliver all the performances,” Pandey sends a message to the SRH fans.

Pandey advises Sunrisers Hyderabad fans to shower their love for the team. Also, promised they would perform well in the second phase of the IPL.

“Guys, I think we are missing you as much as you guys are missing us. We would love to see you on the ground cheering for us, giving and sending your best wishes to all our players.

“It will be really great and we would make sure that we deliver all the performances that we can during the second phase of the IPL,” Pandey said.