Making Ravindra Jadeja captain was a “wrong decision.” According to Virender Sehwag. 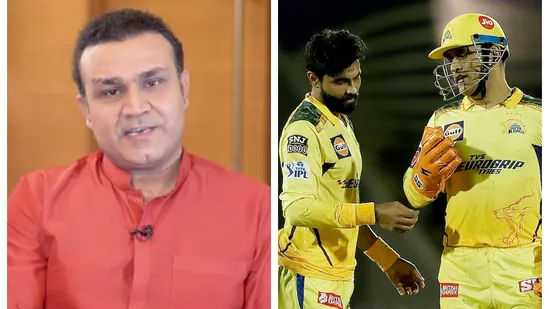 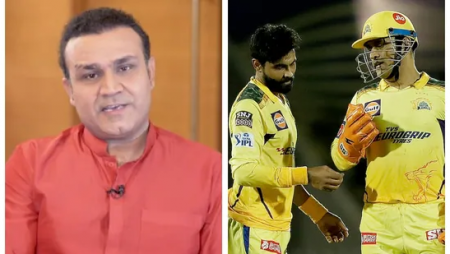 After their recent loss to Royal Challengers Bangalore on Wednesday, Chennai Super Kings (CSK) were almost force to withdraw from the Indian Premier League (IPL) 2022 play-off race. They have now lost seven of their ten games and rank ninth in the ten-team league. Their team composition is also undetermined. While Ravindra Jadeja named captain at the start of the season. MS Dhoni was name captain after eight games, with the former deciding to focus on his own game. There have been flaws in other departments as well.

All of this has left Virender Sehwag, a former member of the Indian cricket team, dissatisfied. “The first blunder they made was announcing at the start of the season that MS Dhoni would not be captaining and that Ravindra Jadeja would take over. That, I believe, was a bad decision. Also, if Jadeja had been the captain, I believe he should have been retained for the rest of the seasons “Sehwag spoke to Cricbuzz after CSK were effectively eliminate from playoff contention following a 13-run loss to RCB.

Appointing Ravindra Jadeja as CSK captain was a mistake.

“There was no established starting XI. Ruturaj Gaikwad did not score any runs in the first inning. There were no runs score by the batters. MS Dhoni scored once in a match. Gaikwad scored in the other match. The game in which Dhoni hit boundaries in the last over was also nearly lost. They got off to a bad start, then batters failed to score, and the rest of the season was a shambles. If Dhoni had been the captain from the start, things would have been different, and CSK might not have lost as many games “Sehwag elaborated.

In the match, Harshal Patel and Glenn Maxwell led a clinical bowling performance to help Royal Challengers Bangalore beat Chennai Super Kings by 13 runs on Wednesday, pushing the defending champions to the brink of elimination in the IPL.

RCB bowlers then restricted the defending champions to 160 for 8, despite a fifty by opener Devon Conway (56).