Laura Wolvaardt of South Africa was awarded Sport Personality of the Year. 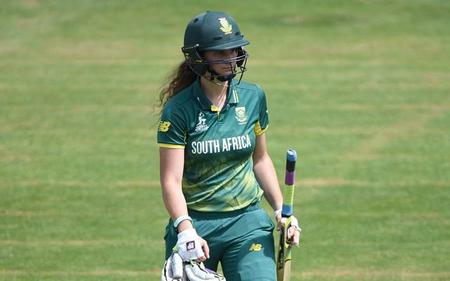 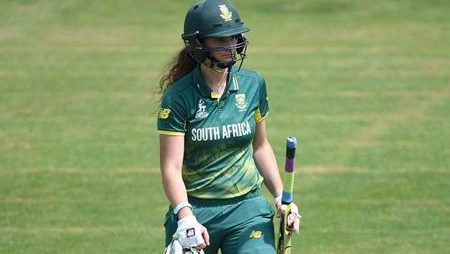 Laura Wolvaardt of South Africa was awarded Sport Personality of the Year. In 18 ODI games in 2022, Laura Wolvaadrt scored 882 runs at a mind-boggling average of 49.

Wolvaardt of South Africa, who scores a lot of runs in both local and international cricket. Just won the Sport Personality of the Year title at the recently held Sport Industry Award.

The 23 year old scored 882 runs in 18 ODI games in 2022. Which was her greatest batting season to date. The opener scored one ton and eight half-centuries in 2022, with a startling average of 49.

Additionally, the Cape Town cricketer was South Africa’s top hitter. In the ICC Women’s Cricket World Cup 2022 earlier this year in New Zealand. She has scored 443 runs in the competition and 757 runs in 15 World Cup games, the most of any South African player.

The Proteas made up to the competition’s semifinals because to her noteworthy efforts throughout the season, when they were defeat by England by 137 runs.

Aside from the ICC competition, Laura also competed in Birmingham’s first Women’s T20 event and made her Test debut against England in June.

She recently led Adelaide Strikers in runs scored and won the Women’s Big Bash League championship with the team. Laura scored 403 runs in 16 games during the competition, batting at a 106.05.

Read also: Legends League Cricket will return in February 2023 as the LLC Masters, with matches taking place in Qatar and Oman.

The Women’s Big Bash League prevented the Proteas cricketer from attending the ceremony. But she also expressed her gratitude to everyone and shared her favorite memory from the year.

“It’s such an honour to be receiving this award. It has been a big year for me, I have played a lot of cricket and to see women’s cricket being recognised on such a big stage is amazing and it is great to see the progress that the game has made over the last couple of years.

For me this year, my favourite moment was probably the World Cup. We had a really good World Cup in New Zealand where we made the semi-finals of the tournament. It was a great team performance all-round and everyone contributed at different times and it was just a really good tournament to be a part of,”

“I am very honoured to be receiving this award. Thank you to everyone at the event for making it possible and hopefully it is the beginning of many more to come,”