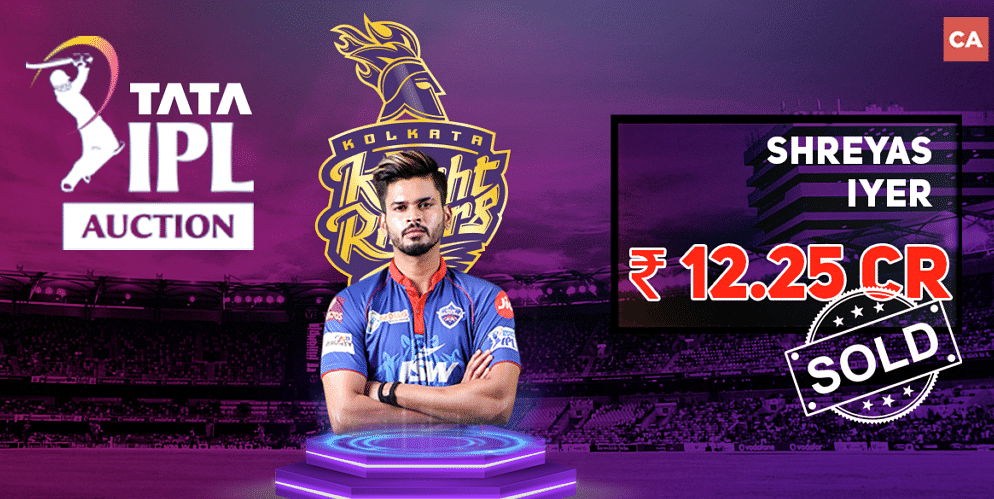 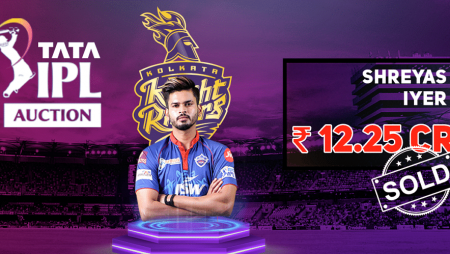 Kolkata Knight Riders captain Shreyas Iyer Reaction as he watched the IPL 2022 Mega Auction on TV. Iyer, who acquire by KKR for Rs 12.25 crore. Reveal to being “nervous” while watching the IPL 2022 mega auction on television.

Shreyas Iyer is the toast of the cricketing world right now, thanks to a hat-trick of unbeaten fifties against Sri Lanka, which helped India win the T20I series 3-0. Shreyas improved his game in the shortest format after beginning his Test career with a century on debut. His cool demeanor and astute shot selection made the entire world take notice and admire him. Shreyas’s rich form undoubtedly impress his IPL franchise KKR and its fans. As Shreyas is set to captain them in the upcoming IPL 2022.

Iyer, who was signed by KKR for Rs 12.25 crore, recently revealed in an interview with KKR how “nervous” he was while watching the mega auction on TV.  He explained that his “heart was pumping” and he couldn’t “control his emotions” as his name flashed across the screen.

Also Read: Gujarat Titans Jason Roy has withdrawn from the IPL 2022 season due to “bubble fatigue.”

“Yes, I was watching the auction and KKR went for me right from the start. There were some other big franchises as well coming along and I remember the battle was going on. We, all of our (India) team members were sitting together and watching the Auction on TV. My heart was pumping, and I wasn’t able to control my emotions. I am trying to act relax, but you know, andar hi andar se, I was feeling a little nervous. Eventually KKR got me, that feeling was amazing. I’m really proud, considering the rich history and to be coming into the KKR setup.”

Shreyas discussed the significance of wearing the KKR jersey and what it means to him. He went on to say that his main focus will be to instill a winning mentality in the team and to try to follow in the footsteps of the franchise’s previous successful players.

“It’s an incredible feeling for me to be a member of the KKR family. I want to express my gratitude to all of the great players who have come before me, and I want to follow in their footsteps for KKR. Personally, I consider myself to be a player’s captain, and I want to foster an environment in which all of us are focused on the same goal: victory “He went on.

Shreyas is a member of the DC franchise last year and even led them in the 2019 and 2020 editions of the tournament before being replace by Rishabh Pant due to an unfortunate injury.

Also Visit: Jason Roy of the Gujarat Titans has withdrawn from the IPL 2022 season due to bubble fatigue.