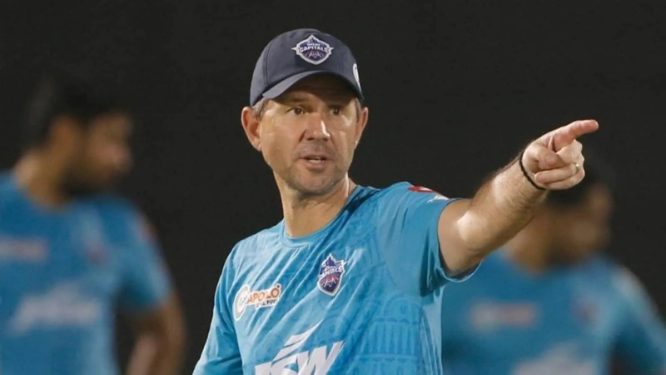 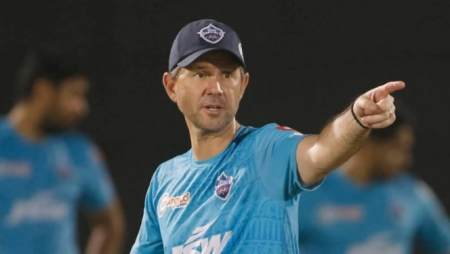 On Friday, the IPL 2022 match between Delhi Capitals and Rajasthan Royals descended into complete chaos due to on-field umpires’ refusal to call a no-ball for a waist-high full-toss. The Delhi Capitals players and support staff were convince that it was no-ball. But the umpires refuse to budge, resulting in chaotic scenes with tensions on the rise. DC captain Rishabh Pant seen motioning for his two batters to leave the field, while assistant coach Pravin Amre enter the field to speak with the on-field umpires.

The entire incident occurred in the match’s final over. Rovman Powell hit three consecutive sixes to keep his team in the hunt with Delhi needing 36 runs off the final six balls.

However, on the third ball, which Powell hit for a six, DC players and support staff felt cheated because over waist-high. As DC players, led by Pant, protested, the game came to a halt.

Powell unable to replicate what he had done on the first three balls with Obed McCoy keeping his nerves after better sense prevail and the match resume.

Also Read: Sachin Tendulkar wants the MI to keep together in IPL 2022.

Kevin Pietersen: Unimpressed with the DC’ behavior on No-Ball Controversy.

“It may have disrupted Rovman Powell’s concentration, as well as Rishabh Pant’s way of thinking about the game. That, I believe, is more concerning to me than the umpire’s decision. I don’t think Delhi’s behavior would have occur if Ricky Ponting had been present. That is not something I believe would have happened. I believe Jos Buttler had every right to approach Rishabh Pant and ask, “What on earth are you doing?” For them to send one of their coaches, for one of the coaches to go out there and believe that was correct and appropriate behavior, “After the game, Pietersen spoke with host broadcaster Star Sports.

“We play the gentleman’s game, and mistakes are made. How many times have we nicked or not nicked but given out? When we are not LBW, we are given out LBW. Swanny (Graeme Swann) and I have had long careers, having played the game for over 20 years. It is not good for the game of cricket to see things like what we have seen in the last half hour. I’m not sure who they think they are, but that was a huge mistake “He went on to say.

Pietersen was also critical of DC assistant coach Pravin Amre’s entry onto the field of play to speak with the umpires.

“The coach’s biggest blunder is running onto the field to speak with the umpire. I mean, I just don’t get the coach. He is a senior figure in that room, and when Rishabh Pant call them off, the guy want to leave. That was unacceptable to me, and I hope I never see it again in the game of cricket. That is not why we play cricket, and it is not how you should play cricket “Pietersen stated.

Also Read: Match 36: IPL 2022 RCB vs SRH Prediction for the Match – Who will win the IPL Match Between RR and GT?