Kevin O’Brien, an all-rounder for Ireland, has announced his retirement from international cricket. 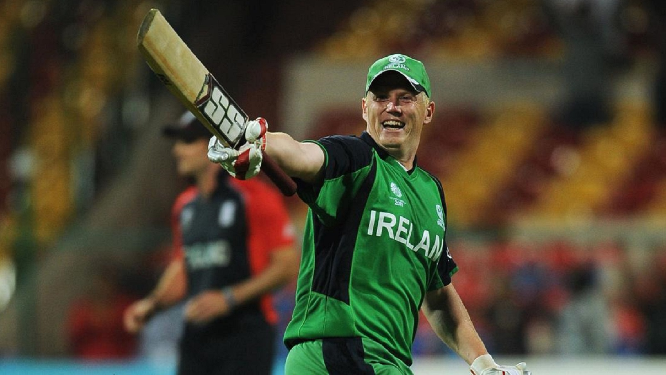 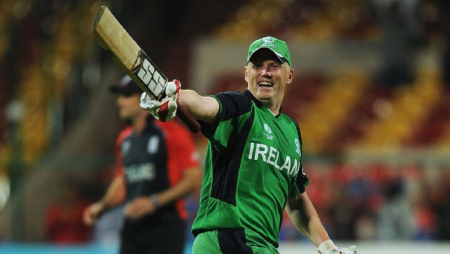 Kevin O’Brien, an all-rounder for Ireland, has announced his retirement from international cricket. O’Brien had hoped to make his final appearance for Ireland in the T20 World Cup later this year.

Kevin O’Brien, an Irish all-rounder and cult hero, announced his retirement from international cricket on Tuesday (August 16) afternoon. The news was announced on the player’s official Twitter account, where he thanked his coaches. Family, wife, and fans for their unwavering support throughout his international career.

Kevin O’Brien was one of Ireland’s longest-serving cricketers. Appearing in 266 matches across all formats over a 16-year career with the national team. The ferocious batter revealed in his post that he was thinking about retiring after the T20 World Cup in Australia later this year. Nonetheless, due to his exclusion from the Irish T20 squad since last year’s humiliating World Cup campaign, he decided to call it quits early.

Ireland suffered a humiliating defeat to Namibia in their final ICC T20 World Cup 2021 match. That was also the last time the Irish all-rounder appeared for the team. Moreover, He is the only Irish cricketer to have scored a Test century and is the third highest run-getter. For the country in 50-over cricket, with 3619 runs and 114 wickets to his name.

Kevin O’Brien rose to prominence following a memorable evening at Chinnaswamy in 2011.

Kevin, the younger brother of former Irish cricketer Niall O’Brien. Spent the majority of his career alongside his brother before the latter retired in 2018. With 1973 runs for the Men in Green, the 38-year-old is the country’s second-highest run-getter in the game’s shortest format, trailing only Paul Stirling. His 729 runs in T20Is in 2019 are the fourth most by a batter in a calendar year.

In his ODI career, the all-rounder scored two centuries, one of which was arguably the best innings by an Irish batter ever, when he smashed the English bowlers in a memorable World Cup match in 2011. The Bengaluru crowd witnessed the fastest century in World Cup history as the Irishman blazed 113 off just 63 deliveries to stun England in a thrilling three-wicket victory.

Also Read: The ICC must devote more resources to ensuring the survival of ODI and Test cricket, according to Kapil Dev.