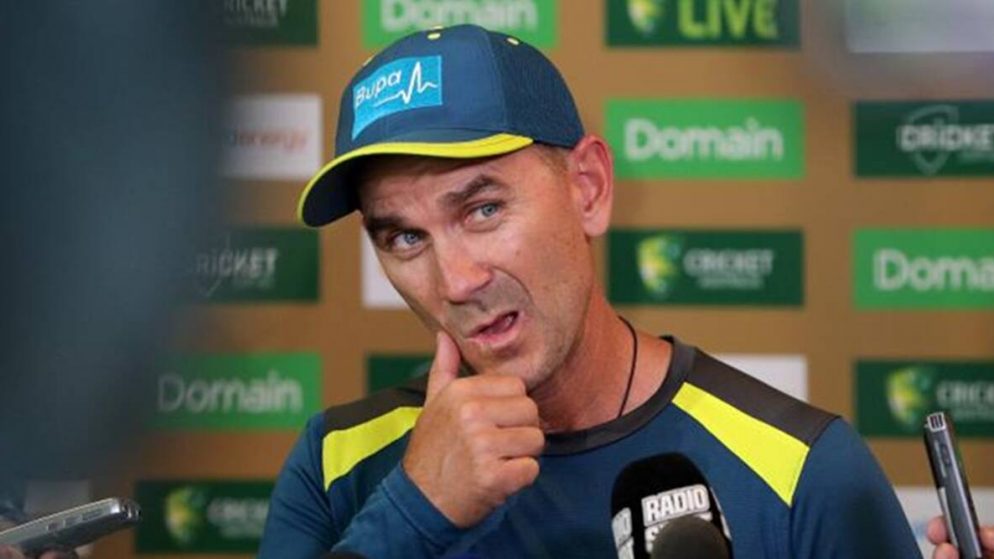 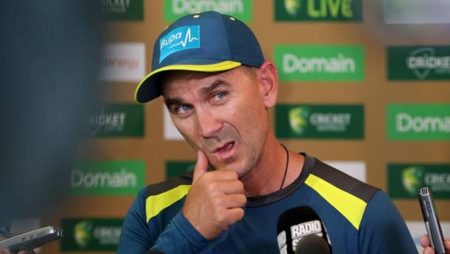 Justin Langer says “We’ll back ourselves to chase anything” in the T20 World Cup. In their semi-final match against Pakistan in Dubai, Langer has stated that they are capable of chasing any target. In addition, Australia’s semi-final opponents have been confirmed as Pakistan. After beating Scotland by 72 runs on Sunday. Australia finished first in their group, winning four of their five games. They’ve accomplished everything while chasing. In this year’s T20 World Cup, the toss has been a crucial factor. Then, in Dubai, nine out of ten games have gone in favor of the chasing team. As a result, Aaron Finch will need a lot of luck on Thursday.

Moreover, Justin Langer said he backs Australia to chase any score in the knockouts. And considering the team combination they have. However, the West Australian admitted it would take ridiculous composure.

“Most teams are winning chasing and you saw with a set-up of our side with the extra batter for most of the games in the lead-up to this semi-final that we’ll back ourselves to chase anything. That said, finals are a different proposition, so we’ll wait and see. But it takes nerves of steel to chase big scores in finals. It’s certainly worked out well so far,” Justin Langer said.

Australia’s only loss came in a friendly match against England in Dubai. When they were unable to win the coin toss. Eoin Morgan also chose to bat first and successfully rotated his bowlers to dismiss Australia for 125. As Jos Buttler battered the bowlers, the target became meaningless. Then smashing it in just 12 overs.

“Lastly, I won’t say the team was out of form. I think you have to look back and look at the wickets that they played on. And it’s very difficult where teams are not getting more than a hundred for both teams, it’s going to be a challenge for anyone. So for us, we come out here, the wickets that have been produced here have been outstanding. Pakistan is like dragons; they are going really well. But at the end of the day, you’ve got to stay up and about, and that’s what we are going to be trying to do,” Langer said.