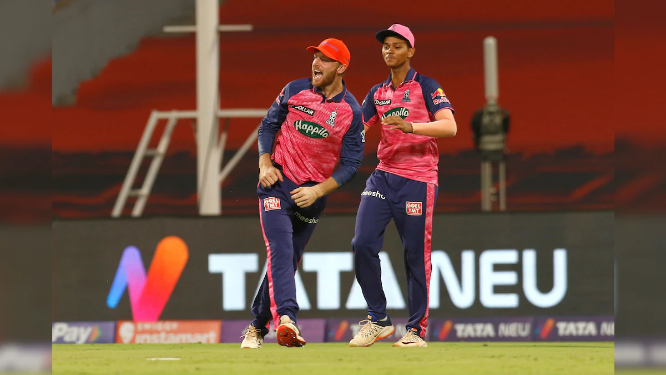 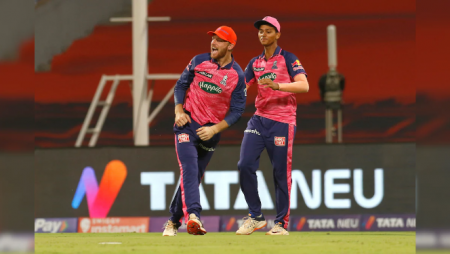 Fans were treated to plenty of drama and entertainment during Match 24 of the ongoing IPL 2022 season. Gujarat Titans (GT) won the match against Rajasthan Royals (RR) by 37 runs on Thursday at the Dr DY Patil Sports Academy in Navi Mumbai. The Orange Cap race had plenty of drama during the game, as Hardik Pandya briefly surpassed Jos Buttler as the leader, only for the Englishman to reclaim his position by the end of the game. Pandya hit an unbeaten 87-run knock off 52 balls (including eight fours and four sixes) to help GT reach 192 for four in 20 overs, setting a target of 193 runs.

Pandya’s knock also aided his ascension to the top of the Orange Cap race. In the final over of GT’s innings, the India all-rounder passed Buttler, and the wicketkeeper-batter, realizing he no longer holds pole position in the Orange Cap race, removed his cap and tucked it into his trousers.]

Buttler quickly regained the lead in the Orange Cap race with an entertaining half-century. Despite scoring 54 runs off 24 balls, Buttler was unable to prevent RR from losing, as they were only able to reach 155 for nine in 20 overs.

Buttler currently leads the Orange Cap race with 272 runs from five games, with Hardik in second place. In five matches, the India international has scored 228 runs.

Also Read: Shane Watson: Mumbai Indians’ struggles in the IPL 2022 have not “surprised” them.