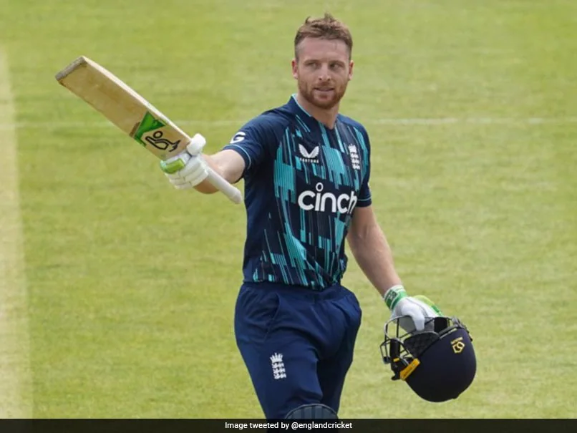 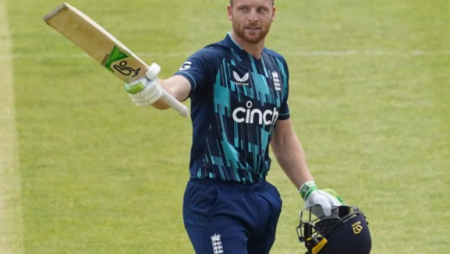 Jos Buttler Hails “Great Depth” In England Squad After ODI Series Sweep vs Netherlands. Jos Buttler was named player of the series after England won all three ODIs against the Netherlands in Amstelveen.

After winning the three-match ODI series against the Netherlands, England stand-in skipper Jos Buttler expressed excitement about his squad’s depth. An unbeaten century by Jason Roy and an unbeaten 86-run knock by Buttler helped England chase down the target of 245 runs in 30.1 overs and with only two wickets lost at the VRA Cricket Ground in Amstelveen. England now leads the three-match One-Day International series 3-0. “We’ve performed admirably. Brilliant with the ball, as well as good batting. There’s a lot of cricket coming up, which is exciting, and we have a lot of depth in this squad “Buttler stated in a post-match presentation.

Jos Buttler expressed excitement about having great depth in his squad.

“Payne made an excellent debut, while Brydon Carse and Salt have also impressed. Thank you for coming to Amsterdam, Barmy Army “He continued.

Chasing 245, England got off to a fast start, scoring 81 runs in just 9 overs, with great knocks from Roy and Philip Salt. Logan van Meekeren sent the latter back to the dugout after scoring 49 runs in the tenth over. It was followed by the dismissal of Dawid Malan in the same over.

Faced with two consecutive blows, England brought Jos Buttler to the crease, and the batter, along with Roy, made a mockery of the Netherlands bowling line-up.

Roy smashed 101* runs in 86 balls, while Buttler scored 86* off 64 balls, as England chased down a huge-looking target of 245 runs in 30.1 overs, winning by 8 wickets and clinching the three-match ODI series.