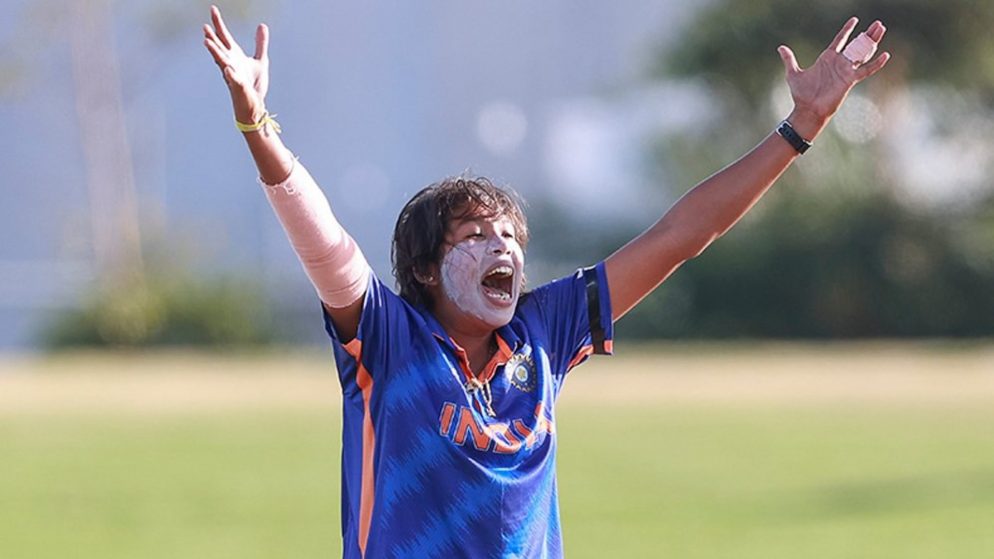 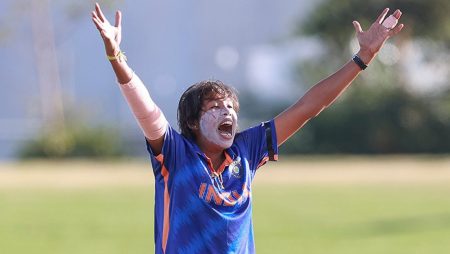 Jhulan Goswami is the 1st woman bowler to reach this milestone in women’s ODIs.

Goswami, a veteran India pacer, became the first bowler in history to complete 250 wickets in women’s ODIs on Wednesday. Jhulan achieved the feat while bowling against England in a group stage match of the ICC Women’s World Cup at the Bay Oval in Mount Maunganui. Jhulan defeated England’s Tammy Beaumonth to reach the milestone figure. The India veteran is already the leading wicket-taker in women’s one-day internationals. Cathryn Fitzpatrick, a former Australia cricketer, is second on the list of most women’s ODI wickets, with 180.

Also Visit: Aus vs Pak: Pat Cummins uses a hammer to try to level an uneven area of the Karachi pitch.

Earlier, inconsistency returned to haunt Indian batters as they were bowled out for a paltry 134 by defending champions England.

Smriti Mandhana (35) top-scored in the previous game, while wicketkeeper-batter Richa Ghosh made 33 before England bowled out India in 36.2 overs after opting to field first.

It was a stark contrast to India’s performance against the West Indies in their previous match, when they posted 317 for 8, their highest total in the showpiece event’s history, thanks to centuries from Mandhana and Harmanpreet Kaur.

Charlie Dean (4/23) was England’s standout bowler, while Anya Shrubsole added two wickets as the Indians failed to put together a decent partnership.

With three defeats in as many matches, it is a must-win game for the title holders and four-time champions England.

India, on the other hand, was third in the standings before the match, with four points from three matches, having beaten Pakistan and the West Indies while losing to New Zealand.

Also Read: The PCB intends to launch the Women’s PSL early next year.