Ishan Kishan recalls an incident in which he attempted to read MS Dhoni’s mind. 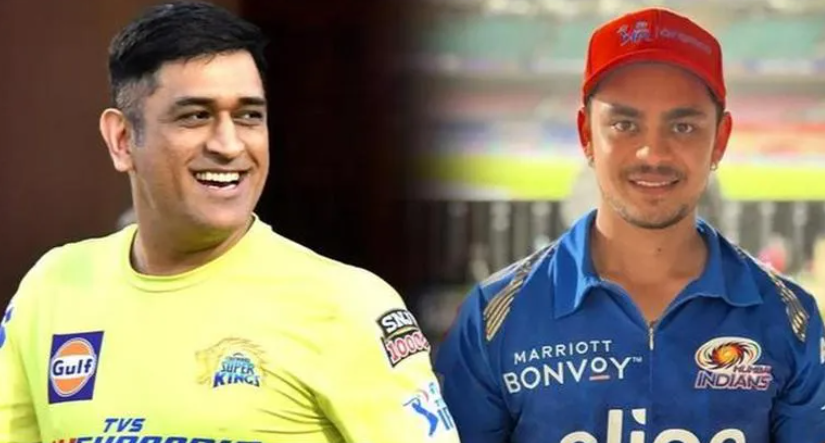 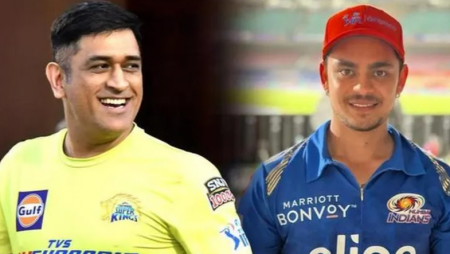 Ishan Kishan recalls an incident in which he attempted to read MS Dhoni’s mind during an IPL game.

Former India captain MS Dhoni is widely regard as the sharpest mind on a cricket field when it comes to captaincy. Dhoni’s reading of the game and tactical astuteness are second to none, having tasted a lot of success as captain in both international and franchise cricket. In addition, young India wicketkeeper-batsman Ishan Kishan has recalled an on-field incident in which he attempted and failed to read Dhoni’s mind. Ishan stated that he attempted to decipher a conversation between Dhoni and Imran Tahir but lost his wicket as a result.

Ishan Kishan attempted to read MS Dhoni’s mind: “One of the IPL games really stressed me out”

“More than that, I’m still trying to figure out how his mind works. You won’t believe it… one of the IPL games really stressed me out. I was hitting the bowlers and playing well. However, Dhoni bhai approached the bowler and said something. I couldn’t understand what he said, but he said something to Imran (Tahir) bhai. And I’m wondering what Dhoni bhai has told him in my head “Ishan revealed this to Gaurav Kapoor on his YouTube show, ‘Breakfast with Champion.’

“I’m not sure what happen, but there was a half-volley ball that I drove but intercepted at short-third man. I still don’t understand how a batter attempting to drive a spinner gets caught at third base “He continued.

Ishan was purchased by MI earlier this year at the IPL mega auction for a whopping Rs 15.25 crore.

CSK, on the other hand, retained Dhoni ahead of the mega auction. He did, however, resign as captain of the franchise prior to their first game against the Kolkata Knight Riders (KKR).

Also Read: Shoaib Akhtar Names Players Who Should Have Played More Games For India In IPL 2022