IRE vs. IND: Hardik Pandya Explains Why He Handed Over Critical Final Over To Umran Malik 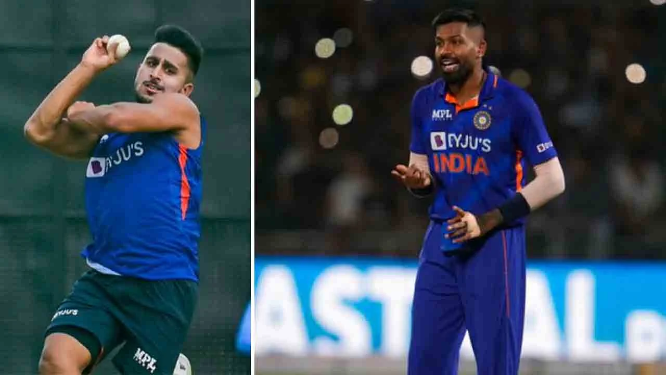 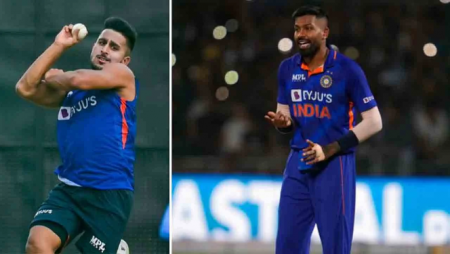 IRE vs. IND: Hardik Pandya Explains Why He Handed Over Critical Final Over To Umran Malik. In the second T20I, Ireland needed 17 runs off the final over, and Hardik Pandya turned to Umran Malik, who helped the visitors win by four runs.

The IND cricket team, led by Hardik Pandya, defeated IRE by four runs in the second T20I at The Village in Dublin on Tuesday. Ireland’s batters were hitting boundaries and came dangerously close to chasing down the total, needing 17 runs from the final over to pull off a stunning upset. India captain Hardik Pandya explained why he assigned the final crucial over of the match to young speedster Umran Malik.

“I was attempting to keep all of the stress out of my equation. I wanted to be in the present, so I supported Umran. He has speed, and with his speed, getting 18 runs will always be difficult. They hit some incredible shots and batted very well; credit to them and our bowlers for remaining calm “Pandya stated this during the post-match presentation.

Also Visit: Amol Muzumdar, Coach of Mumbai, has called for the use of DRS in Ranji Trophy knockout games.

Pandya expressed gratitude to the fans and stated that their favorite players were Dinesh Karthik and Sanju Samson, who were applauded loudly.

“Dinesh and Sanju were the crowd’s favorite boys. It was a fantastic experience to see this side of the world. We receive a lot of support, and we try to entertain them as best we can. Thank you to everyone who has helped us “said India’s captain.

“It’s a childhood dream to play for your country. Leading and winning the first game was special, but winning the series is even more so. I’m delighted for Deepak and Umran “He continued.

In terms of the match, top knocks from captain Andrew Balbirnie (60), Paul Stirling (40), and Harry Tector (39) were in vain as India snatched the match from Ireland in the final over, winning by four runs.

India has now won the series 2-0. Ireland, on the other hand, will take a lot of positives from the game because they stayed in it until the very last ball and gave India a scare of a lifetime with their batting.