IPL 2022: The Rajasthan Royals Kumar Sangakkara Admits He “Made One Mistake” During LSG Victory 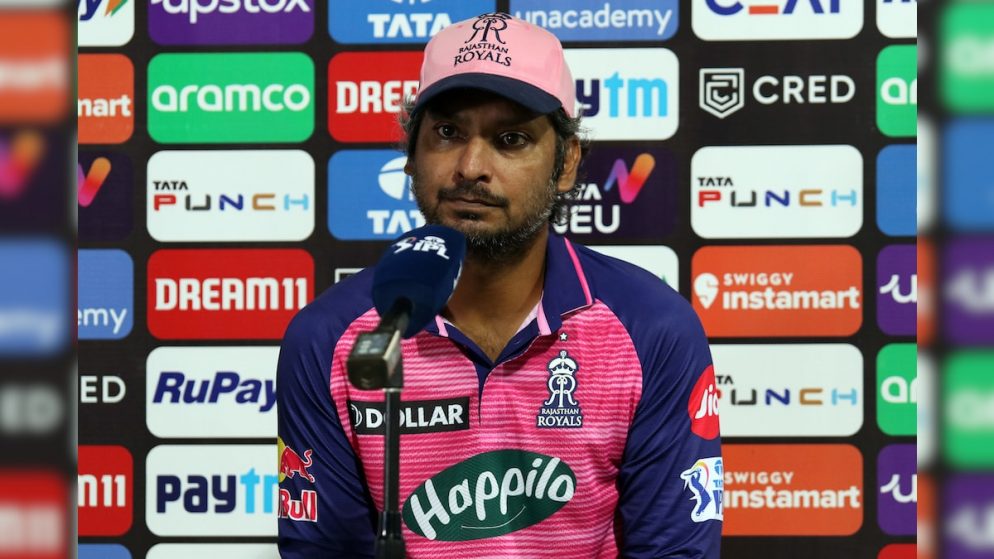 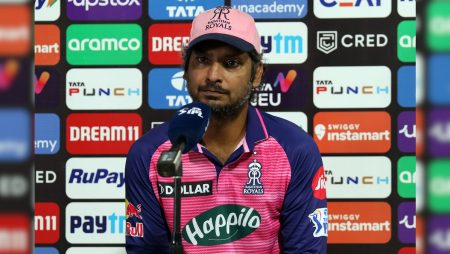 Kumar Sangakkara, the Director of Cricket for the Rajasthan Royals. Believes Ravichandran Ashwin handled the match situation extremely well by’retiring out’ at the appropriate time But the Sri Lankan legend admitted that he erred in not sending Riyan Parag ahead of Rassie van der Dussen. The Royals became the first IPL team to use the’retired out’ strategy when Ashwin returned to the dugout. Despite being 28 not out during their game against LSG on Sunday. “It was the right time to do that,” Sangakkara said following the game.

“Ashwin himself was asking from the field, and we discuss what we would do just before that.”

Van der Dussen, a South African, batted at number four, ahead of Shimron Hetmyer, Ravichandran Ashwin, and the out-of-form Parag.

He was, however, dismiss cheaply for four runs. While Parag hit a crucial six in the final over to help RR get closer to the 170-run mark.

Also Visit: The ICC has announced the qualification for upcoming marquee events.

Kumar Sangakkara Admits He “Made One Mistake” During LSG Victory

“As the coach, I made a mistake in not sending Riyan Parag ahead of Rassie van der Dussen. Which held Rassie back and prevent us from getting the full benefit of Riyan.”

“How Ashwin handled that situation, walking in under pressure. He batted, supported the team, and then finally sacrificed himself by retiring himself out, followed by a magnificent bowling effort.”

With LSG requiring 15 runs off the last over, pacer Kuldeep Sen perform tremendously under pressure and the Sri Lankan legend was all praise for the rookie.

“I didn’t talk to Kuldeep before the last over.” It was Sanju, Jos and the other players around him that supported him. In terms of bowling at the death, we had pretty simple plans.

“I just wanted to say how impressed everyone, especially myself, was with Kuldeep Sen’s first game; how he bowled, how he thinks… He bowled the hardest over under pressure for us and did an outstanding job.”

Despite their top order fizzling out, Lucknow Super Giants were able to stay in the match until the final over thanks to Australian all-rounder Marcus Stoinis, who came in at number eight and smashed 28 off 12 in his first outing for the team.

“We kept believing we could win this game throughout the 20 overs,” said skipper KL Rahul.

“We have depth in our batting, today Stoinis batted at No.8, and having someone like that with so much power and being such a destructive batsman… that’s one of the reasons he’s our second retained player (draft pick).” Rahul believes Stoinis, a proven match-winner for his previous team, the Delhi Capitals, can do the same for LSG.

“We believe Stoinis can win games from any position, and we’ve always believed that.”