IPL 2022: SRH Batter Rahul Tripathi Opens Up About His Health Issues Before Taking On KKR 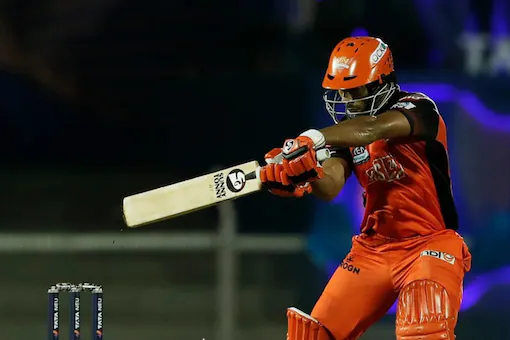 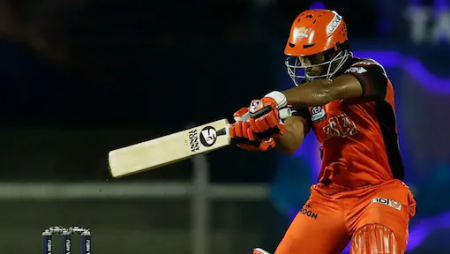 IPL 2022: SRH Batter Rahul Tripathi Opens Up About His Health Issues Before Taking On KKR. He revealed that he was suffering from health issues prior to the match against Kolkata Knight Riders.

SunRisers Hyderabad defeated Kolkata Knight Riders by seven wickets at the Brabourne Stadium on Friday, thanks to Rahul Tripathi’s outstanding performance of 71 runs off 37 balls. He timed his innings perfectly and chose his bowlers to attack, taking Aman Hakim Khan and Varun Chakravarthy to the cleaners in his match-winning performance.

“I had a good time; it was special with KKR and it is still special with SRH. Russell bangs in short, and if he bowl short, I was looking for the pull. Varun is a good bowler. I wasn’t expecting him to bowl. I went with the shot and wasn’t set on anything in particular. So I decided to put him under pressure “Rahul Tripathi said during the post-match presentation ceremony.

Rahul Tripathi had previously represented Kolkata Knight Riders and had played match-winning knocks for them, and now he was up against them, guiding Hyderabad to victory in 17.5 overs while chasing a 176-run target.

“The first few games for KKR and the SunRisers have been particularly memorable. I’ve been struggling with my health over the last week, but they’ve been there for me ” Rahul Tripathi stated.

Rahul Tripathi is a fighter, and his fighting spirit has aided his performance in the IPL. After being release by KKR. he signed by SunRisers Hyderabad for Rs 8.50 crore, and with this kind of performance, he has truly proven his worth as a no.3 batter.

“It’s a lot of fun for me. There are difficult days, but on good days, I try to have fun. I’m a little fidgety before going to bat, but I’m glad I got to play this innings today “Rahul Tripathi was informed.

Rahul Tripathi was named ‘Player of the Match‘ for his blistering knock that led his team to their third victory of the season.