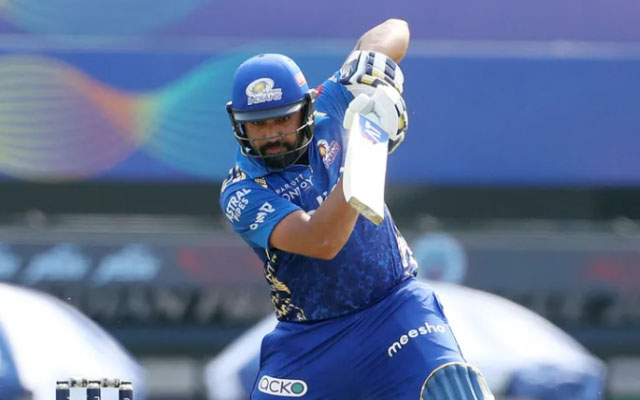 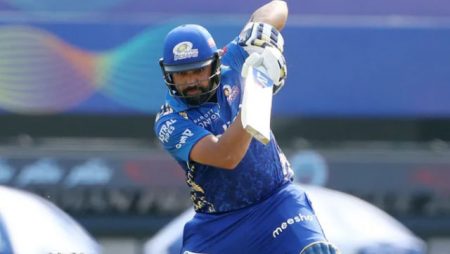 IPL 2022: Rohit Sharma fined INR 12 lakh for MI’s slow overrate against DC. Mumbai Indians were defeat by four wickets in their first game of the season.

Mumbai Indians have lost their opening game in the Indian Premier League for the tenth time in a row (IPL). They were defeat by Delhi Capitals by four wickets on Sunday (March 27). Lalit Yadav and Axar Patel performed miracles to stun the five-time champions. After it appeared that MI would easily win the game. A difficult day at the office for Rohit Sharma and his team didn’t get any easier when they were fined for slow over-rate in the game.

Because this is the team’s first offense, the skipper has been fined INR 12 lakh. The Mumbai Indians will have to be cautious going forward in the tournament because the offence will result in even harsher fines if it is repeated.

“The Mumbai Indians were fine after maintaining a slow over rate during their TATA Indian Premier League (IPL) 2022 match against the Delhi Capitals on March 27 at the Brabourne Stadium in Mumbai.” Mumbai Indians captain Rohit Sharma was fined Rs 12 lakhs for the team’s first offence of the season under the IPL’s Code of Conduct relating to minimum over rate offences,” according to an official statement from the IPL.

In terms of over-rates, the BCCI has been strict since the previous season. The minimum over-rate required in IPL matches to complete a 20-over innings on time is 14.11 overs per hour, according to the rules.

In the match, Mumbai Indians scored 177 runs for the loss of five wickets in their 20 overs. Ishan Kishan hit an unbeaten 81 off 48 balls, including 11 fours and two sixes. Rohit Sharma also impressed with a 41-run knock, but the rest of the team didn’t chip in much. In response, the Delhi Capitals looked defeated at one point, trailing by 104/6. This is when Axar Patel and Lalit Yadav came together to add an unbeaten 75 runs in just five overs to help the team cross the finish line.