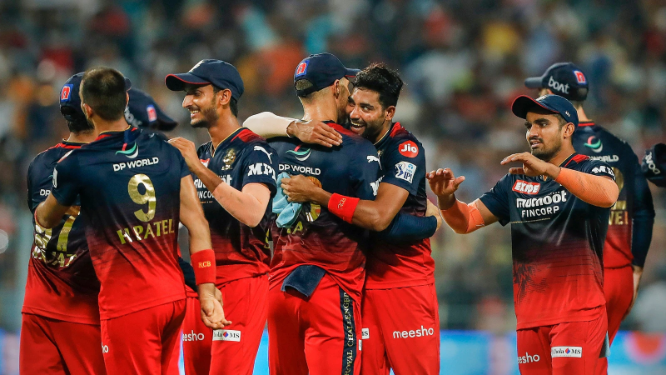 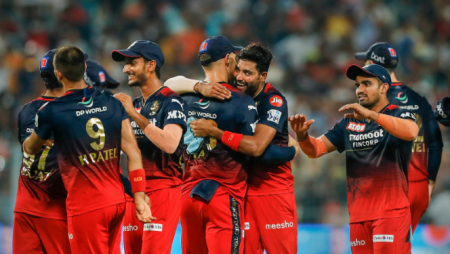 IPL 2022 Qualifier 2 Predicted XI of RCB vs RR: RCB Likely To Retain Winning Combination. When Royal Challengers Bangalore face Rajasthan Royals in Qualifier 2 at the Narendra Modi Stadium in Ahmedabad, they will be attempting to reach the IPL 2022 final.

When Royal Challengers Bangalore face Rajasthan Royals in Qualifier 2 at the Narendra Modi Stadium in Ahmedabad, they will be attempting to reach their fourth Indian Premier League final. RCB appeared to have peaked at the right time after sneaking into the playoffs. In the Eliminator, Rajat Patidar took center stage, smashing an unbeaten 112 against the Lucknow Super Giants. However, their lack of bowling ability was once again the main talking point. Despite this, RCB are likely to name the same team.

This season, the RCB captain has been in good form, but he was dismissed for a golden duck against LSG. In the next game, he will try to make amends.

The star batter started well against LSG but failed to deliver a big hit. His performance will be critical to RCB’s chances in the game.

With all eyes on Kohli and Du Plessis, Patidar batted brilliantly against LSG, scoring 112*. The young batter will bet on himself to hit another home run.

This season, the ‘Big Show’ has not been at his best, scoring only 277 runs in 12 matches. He’ll now try to put in a strong performance against RR.

On numerous occasions, the all-rounder has demonstrated that if given the opportunity, he can definitely strike the ball. He, on the other hand, has yet to play a significant knock.

As RCB posted a big total against LSG, the wicketkeeper-batter played another counter-attacking knock. He’ll try to put the finishing touches on RCB’s innings once more.

Despite his patchy performance, the all-rounder has been a lively customer thus far. In the next game against RR, he will look to contribute with both the bat and the ball.

With 25 wickets in 15 games this season, the Sri Lankan spinner has been his team’s leading wicket-taker, and he is also second in the Purple Cap race behind Yuzvendra Chahal.

After giving up 35 runs in his first three overs against LSG, Hazlewood bowled a brilliant 19th over, taking two wickets, one of which was KL Rahul.

This season, the pacer’s form has been a source of concern for RCB. Siraj failed to pick up another wicket after striking early in the previous match, allowing 41 runs.